The Forests and Climate Leaders’ Partnership, which will initially comprise of 20 countries, was also launched to halt and reverse forest loss and land degradation by 2030 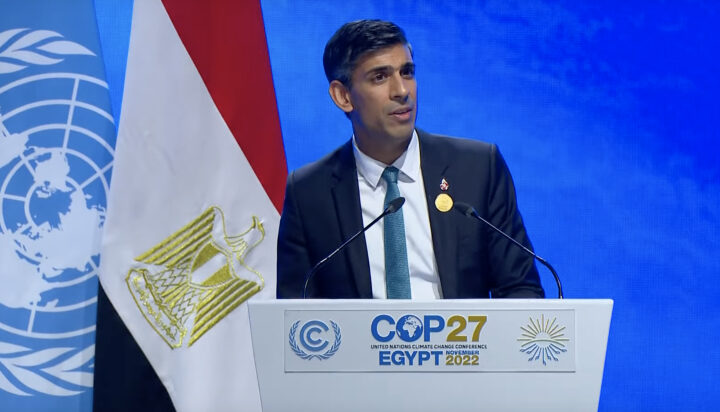 UK Prime Minister Rishi Sunak has made a commitment for £65.5 million of funding to help researchers and scientists in developing countries to accelerate the development of clean technology.

It is part of a series of announcements made by the newly-appointed PM at the UN COP27 climate summit, taking place in Egypt, to deliver on the UK’s Glasgow legacy.

Since the launch of the Clean Energy Innovation Facility in 2019, led by the UK’s Department for Business, Energy and Industrial Strategy (BEIS), it has supported the creation of innovative technologies including biomass-powered refrigeration in India, prototype lithium-ion batteries in Nigeria and clean hydrogen-based fuels for steel production in Morocco.

We’re focused on partnering with the private sector to facilitate green innovation and energy transition at home and around the world.

We’re investing a further £65.5m to help researchers and scientists in developing countries to accelerate the development of clean technology. pic.twitter.com/VHhKRQUXxM

In addition, Mr Sunak hosted an event at the summit to launch the Forests and Climate Leaders’ Partnership (FCLP), which will initially comprise of 20 countries, meeting twice yearly to track commitments on the landmark Forests and Land Use declaration at COP26 which aims to halt and reserve forest loss by 2030.

The UK is committing £90 million for conservation in the Congo Basin, a vital tropical rainforest which is home to around 10,000 species of tropical plants and several endangered species.

The PM also confirmed £65 million for the Nature, People and Climate Investment Fund, which supports indigenous and local forest communities and new financing for Treevive, which is working to conserve and restore two million hectares of tropical forest.

He said: “When we began our COP Presidency, just one third of the global economy was signed up to net zero, today it’s 90%. And for our part, the UK, which was the first major economy in the world to legislate for net zero, will fulfil our ambitious commitment to reduce emissions by at least 68% by 2030.

“By honouring the promises we made in Glasgow and by directing public and private finance towards the protection of our planet we can turn our struggle against climate change into a global mission for new jobs and clean growth and we can bequeath our children a greener planet and a more prosperous future.

“That’s a legacy we could be proud of. So as we come together once again in common cause today, there really is room for hope. Together, let us fulfil it.”