The prison at Full Sutton, which will run solely on electricity, is expected to use a fraction of the energy of a typical prison and save taxpayers more than £1.1m annually 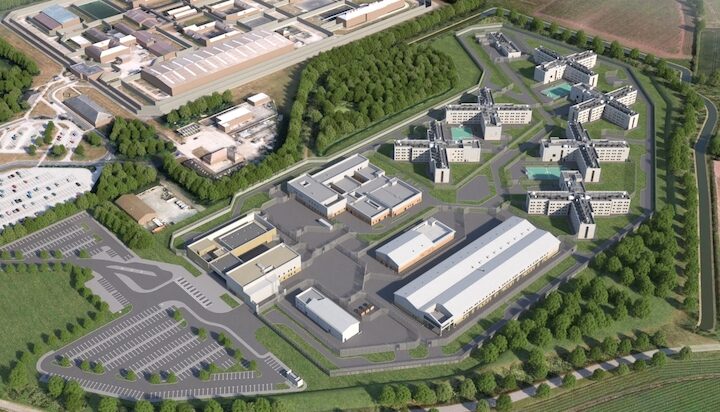 Construction has begun on what will be the UK’s first all-electric prison in East Yorkshire.

Opening in 2025, the new prison at Full Sutton will run solely on electricity, with solar panels and heat pump technology installed.

The new site is expected to set a “gold standard” for energy efficiency, using 78% less energy than HMP Wormwood Scrubs – a traditional Victorian prison – and cutting energy costs to taxpayers by more than £1.1 million a year.

It is also set to use 68% less energy than the newly-built HMP Five Wells in Wellingborough and draw 18GWh less energy from the energy networks every year than HMP Belmarsh, which is equivalent to powering 1,200 homes annually.

We’re building the UK’s first all-electric prison. Once open in 2025, it will:

⚡ Work with local businesses to train-up prisoners to find work on release.

⚡ Use a fraction of the energy of a typical prison.

The site will house nearly 1,500 prisoners who will spend time behind bars learning the skills they need to find work on their release, as part of the government’s drive to reduce reoffending rates.

The government will launch a competition later this year to select an operator to run the new prison and train the prisoners “with the skills most sought by local employers”.

Damian Hinds, Minister for Prisons and Probation said: “The new prison at Full Sutton will protect the public and the public purse, using the latest technology to cut energy costs.

“Giving prisoners the skills in demand by local businesses will help them find work and turn over a new leaf – cutting reoffending and making our streets safer.”

A public consultation has also been launched to choose the name of the new facility, inviting people in and around Full Sutton to offer suggestions that reflect the culture and history of the area.