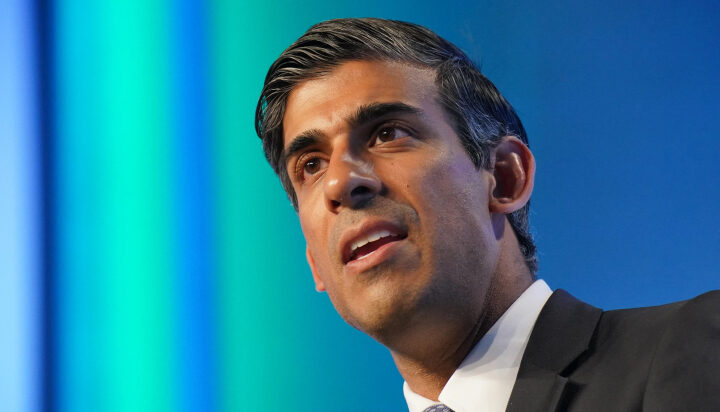 UK Prime Minister Rishi Sunak is to call on global leaders to speed up the transition to renewable energy when he addresses the UN COP27 climate summit today.

He travelled to Egypt yesterday after a U-turn on his earlier decision to not attend the event, attracting much criticism from environmental activists and political opponents.

Mr Sunak will also tell politicians and business leaders that Britain will work with international allies and be at the “forefront of this global movement” towards clean energy.

In a speech at the event, the prime minister is expected to say: “Fighting climate change is not just a moral good – it is fundamental to our future prosperity and security. Russia’s invasion of Ukraine and contemptible manipulation of energy prices has only reinforced the importance of ending our dependence on fossil fuels.

“We need to move further and faster to transition to renewable energy and I will ensure the UK is at the forefront of this global movement as a clean energy superpower.”

The UN climate summit was hosted by Britain last year in Glasgow, Scotland.

COP26 President Alok Sharma, MP for Reading West, formally opened the COP27 summit, bringing his COP Presidency to a close and handing it over to his counterpart Sameh Shoukry, Minister of Foreign Affairs of Egypt.

The opening plenary of #COP27 has commenced with the election of HE Sameh Shoukry as COP27 President by the Parties.#TogetherForImplementation pic.twitter.com/QdwM5oQzkS

Mr Sharma said: “How many more wake-up calls do world leaders actually need? A third of Pakistan under water. The worst flooding in Nigeria in a decade. This year, the worst drought in 500 years in Europe, in a thousand years in the US and the worst on record in China.

“The cascading risks are also clear. Entire economic sectors becoming unsustainable and uninsurable, entire regions becoming unliveable and the strain on the global movement of goods and the pressure on people to relocate because of the climate crisis, becoming almost unimaginable.

“So, this conference must be about concrete action. And I hope that when the world leaders join us today, they will explain what their countries have achieved in the last year and how they will go further.”