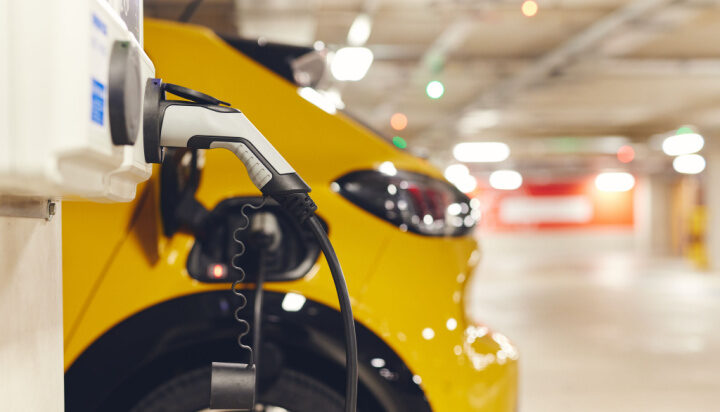 Commuters with electric vehicles (EVs) can not charge their cars in 56% of the UK’s work car parks.

That’s according to a study by the Electric Car Scheme, claiming that of the 12,000 parking spaces covered, just 1% offer charging points.

Scotland offered more charging points than England – with 66% having chargers, 44% for England and 25% for Wales.

The report states that in 2021, the average commuting car travelled 1,800 miles – with new petrol and diesel cars still outselling EVs by four-to-one.

Transport contributes to almost a third of the UK’s greenhouse gas emissions.

“Fossil fuel car infrastructure has had a century-long head-start, so we need everyone to pitch in to help make the switch as smooth as possible.

“People who run park and ride stations or business parks should consider introducing new charging infrastructure. And the government should move urgently to extend the tax benefit that currently makes leasing new electric cars attractive for employees – which is currently set to run out in 2025.”