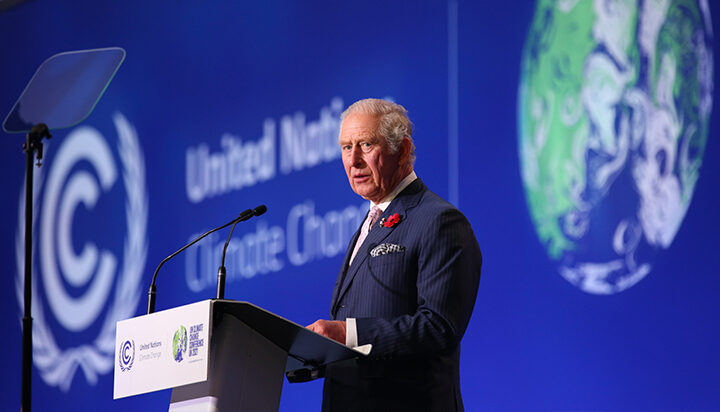 King Charles is hosting a pre-COP27 conference next Friday at Buckingham Palace.

More than 200 business leaders, politicians and climate campaigners will be present at the reception, with no change on the monarch’s position of not attending the summit in Egypt.

During Liz Truss’ tenure as Prime Minister, it was revealed that the King would not be attending COP27 and there has been no indication that this has changed under Rishi Sunak’s leadership – with the PM himself not making the trip.

However, it has been announced that Sunak will be at the King’s pre-conference and speak on how he plans to tackle climate change.

The event is taking place two days before COP27 begins on 4th November, with Buckingham Palace stating this is to mark the end of the UK’s hosting of COP.

US Climate Envoy John Kerry, COP President Alok Sharma and the Egyptian government have urged Charles to make an appearance but his stance has not changed.

A video message to be played in Sharm El-Sheikh has, however, not been ruled out.