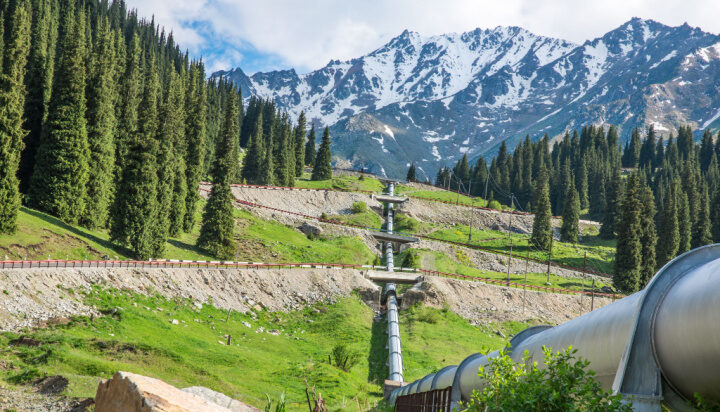 Kazakhstan has signed a deal with a Swedish energy company to build a $50 billion (£43.2bn) hydrogen project.

The country’s government has agreed the deal with Svevind, which currently boasts Europe’s largest wind farm, to see green hydrogen produced by 2032.

A 20GW facility is set to be built, with the electrolysers on site being able to produce two million tonnes of green hydrogen each year upon completion.

This equates to one-fifth of the EU’s green hydrogen importation target for the end of this decade.

Wind and solar plants will provide the energy needed for the electrolysers – set to be built in the Southwest of the central Asian country.

Svevind’s CEO Wolfgang Kropp provided a reason Europe will look to import 10 million tonnes of green hydrogen during the 2030s: “Europe will not be able to produce all the green hydrogen it will need. We see Europe as an important market, one of the most advanced ones when it comes to support for green hydrogen.

“[Kazakhstan] has lower costs of green hydrogen production, which makes it very competitive in the global market.”

The European Commission and Kazakh government are reportedly already looking to finalise a deal for green hydrogen and battery production in the coming months.