UN Chief urges nations to up climate action ahead of COP27

Using Russia’s invasion of Ukraine, inflation and energy prices as excuses is not good enough, he said 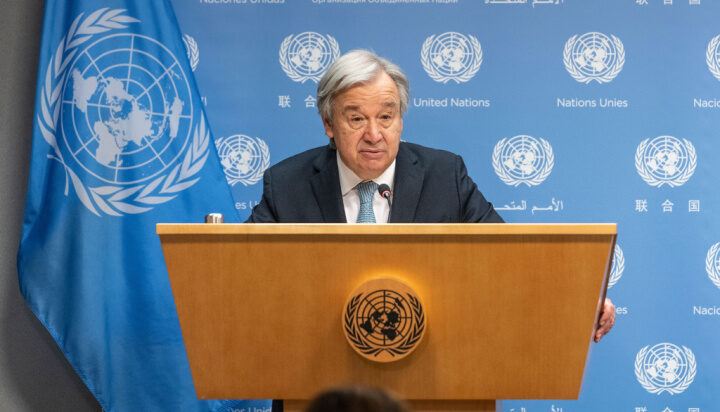 UN Secretary General António Guterres has warned that the world will be “doomed” if it doesn’t start upping the ante on climate action.

Ahead of COP27, being held in Egypt next month, the UN Chief is urging the world’s nations to “bring back climate change to the centre of the international debate.”

Using Russia’s invasion of Ukraine, inflation and energy prices as excuses is not good enough, he said.

Claiming that renewables are a cheaper solution than fossil fuels now regardless – as many countries have considered reopening coal mines or exploring new oil and gas, including the UK, Germany and Norway.

On this he stated: “The most stupid thing is to bet on what has led us to this disaster.”

Echoing the thoughts of the Egyptian government and US Climate Envoy John Kerry, Guterres has stated his desire for King Charles III to make an appearance at COP27 due to his voice being a “constant” in the climate conversation.

The King delivered a speech when the UK hosted COP26, stating a “war-like footing” on climate change was needed – however, when Liz Truss became Prime Minister, she had urged him not to attend.

This could now change with Rishi Sunak replacing Truss after her 44-day stint in office.

Guterres added: “This is the defining issue of our time, nobody has the right to sacrifice international action on climate change for any reason.

“We need to tell the truth. The truth is that the impact of climate change on a number of countries in the world, especially hotspots, is already devastating.”