Enough are reportedly thrown away each year with batteries able to power 1,200 EVs 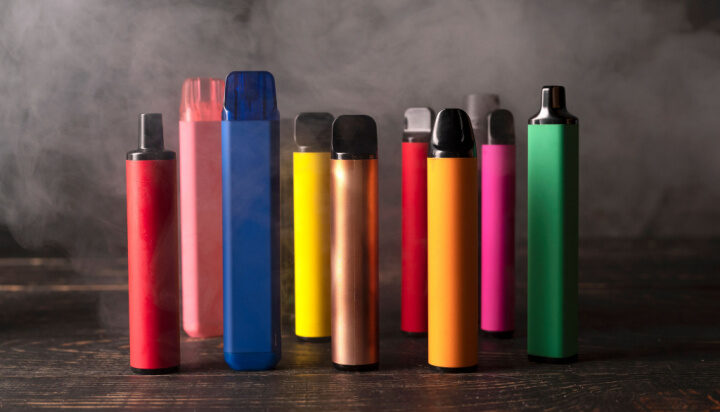 That’s the claim of many climate campaigners and the finding of a study by Material Focus, claiming that half of the disposable vapes made are thrown away.

They have become increasingly popular with a younger age demographic, namely those that are 18-34 – and most users are unaware of what they are discarding, the study claims.

It reveals that 500 million are thrown away each year, generating 155,000 tonnes of e-waste in the UK, that includes enough batteries to power 1,200 electric vehicles (EVs).

Lithium, copper and plastic are all used in the manufacturing of vapes – with both minerals critical parts of making EVs and the plastic simply adding to pollution.

They generally last for around 600 puffs and are supposed to be recycled either at a centre or taken back to the shop they were bought from.

However, the issue is that people are not made aware of this enough – the vape industry has claimed.

Given the cheaper price, many people opt for the single-use vapes over reusable ones – but aren’t aware that under their classification of waste electrical and electronic equipment (WEEE), the disposal steps that need to be followed are the same as getting rid of a kettle.

One climate activist from Dundee, Laura Young, spoke to the BBC: “I think people are unaware of just what is inside a disposable vape. People are shocked to find out there is a battery inside, along with many other contraptions.”

The UK Vape Industry Association Chair, John Dunn, said: “You have to dig deep into the regulations to find any mention of e-cigarettes which could be down to the fact that when they were introduced at the beginning of 2014, disposable vapes were very much in their infancy.”

The government said that reforms on the current WEEE legislation will be arriving “in due course.”