VW protestors glue themselves to floor then ask for help 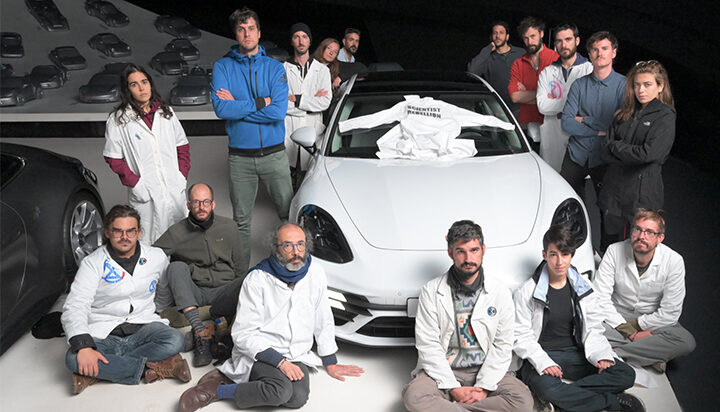 Climate protestors in Germany glued themselves to a Volkswagen (VW) factory floor before telling the police that their hands hurt.

Part of the climate group ‘Scientist Rebellion,’ nine campaigners glued themselves to the floor next to VW’s factory in Wolfsburg – at the Porsche pavilion.

The aim of the protest was to make the German carmaker tell government to decarbonise the transport industry.

However, after their stunt, they began to complain about pain, a lack of food and a means of using the toilet.

One of the campaigners then reportedly began to complain that his hand – which he’d superglued to the floor – was hurting and could be at risk of blood clots.

Named Gianluca Grimalda, he had vowed to remain at the protest until VW said it would lobby for green transport – but left voluntarily after 24 hours to seek medical assistance, and was then arrested.

He tweeted at the start of the stunt: “Together with 15 other members of Scientist Rebellion I have occupied the Porsche pavilion at Autostadt. Nine of us glued to the floor and some of us on hunger strike until our demands to decarbonise the German transport sector are met.”

In a remarkable U-turn, he then tweeted: “Doctors ascertained the possibility of life-threatening blood clots in my hand and recommended an immediate transfer to a hospital. My health is of course paramount. I accepted to leave this wonderful group and was taken to hospital.”

Following his departure, the remainder of the protestors were detained by the police.