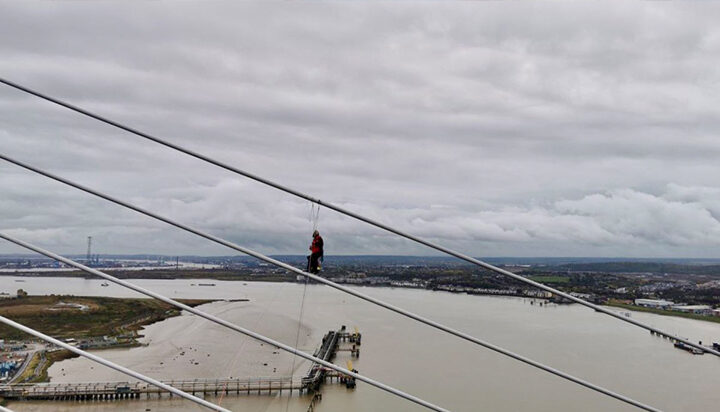 The Just Stop Oil protesters on the Dartford Bridge earlier this week now have “blood on their hands,” a man has said who was badly injured trying to help two women needing assistance on the M20.

The protest caused havoc in London, as enormous congestion and high levels of traffic began to pile up.

The two women the man was trying to help were involved in a crash – but due to the traffic caused by the Dartford Bridge, the ambulance was delayed in arriving, leading to their deaths.

One woman was stranded on the M20, which led to another woman stopping her car to help her – both were then tragically involved in an accident while waiting on the hard should four hours after the protest had started.

Mark Heap, the man trying to help the stranded women, was a passing van driver who has sustained broken bones in his back and a fractured leg in his attempt.

Speaking in an interview from hospital, the 54-year-old said: “[The protestors] may not have intended to hurt anyone but they’ve got blood on their hands now.

“Without the protest the emergency services might have been able to get there in time to save the women.”

A former Detective Chief Inspector, Mick Neville, went further in his interview with The Sun, stating: “Had their irresponsible demo not taken place, the women and van driver would probably not have been there.”

The drivers flooding the M20 were doing so to avoid the appalling traffic caused by the two Dartford Bridge protestors, who were hanging off the bridge, leading to a two-day closure.

A mother in her 50s and a GP in her 40s have been reported as the two victims, who were hit by a BMW X5 crossing three lanes on Monday morning.

Due to the protest, ambulances and paramedics took 40 minutes to reach the scene in Kent.

Kent Police’s Serious Collision Investigation Unit has stated the need for anyone with further information or dash-cam footage of the incident to get in contact.

Just Stop Oil has been contacted for a response.