Are spuds in the crud from climate change?

Research questions whether potatoes can survive, as temperatures increase 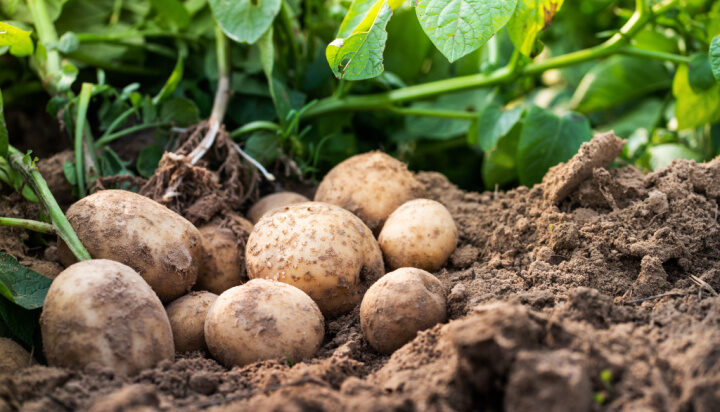 Is the future of one of the world’s favourite starchy vegetables in doubt with climate change?

Research from the James Hutton Institute (JHI) claims that this is the case, as the potato may find it difficult to thrive with the increase in temperatures.

Brits love potatoes, with the staple food bringing a yearly retail value of more than £2 billion – but a quarter of these are grown in Scotland, which is where growth will become the most difficult to maintain – the research claims.

The report deems climate change an “existential threat” to the spud, with popular varieties such as Ayrshire and Maris Piper unable to deal with hotter weather.

Unless new varieties are borne that can cope with these changes, the yield rates could drop dramatically, it stresses.

Professor Lesley Torrance, Executive Director of Science at the JHI, said: “Potatoes are a cool-climate crop. And of course, climate change predictions are that we’re going to have hotter and drier summers. So that’s a big problem.

“By 2030 there will be maybe as many as 60 heat stress days in the growing season. That’s two months and so that will have major impacts, mostly in the south and east of England but Scotland is also impacted.”

Potatoes struggle when temperatures peak 25°C, the study has warned.

On the solution, Professor Torrance added: “The answer is that we can breed new varieties but we need to do that quite quickly. We want new varieties that can adapt to the warmer climate.

“We need to develop new varieties in time for the huge problems coming along the line with hotter weather and droughts which pose an existential threat to the industry.”