More than 18,000GWh of renewable electricity generates in the six months of the year 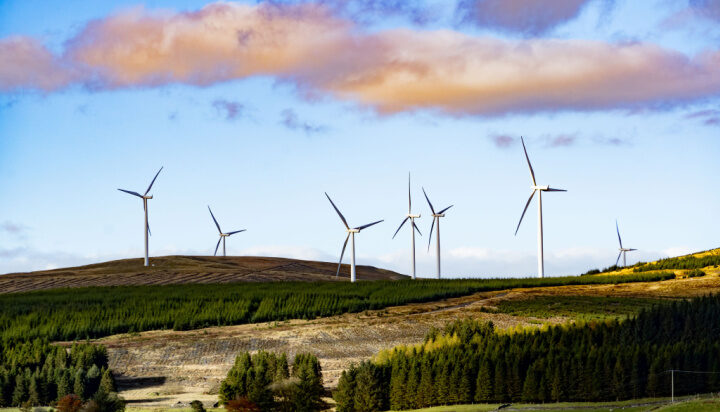 Scotland has broken a record in renewable energy generation in the first half of the year.

Official data shows that a total of 7,358GWh of renewable electricity was generated in April, May and June – a 36% increase on the same quarter last year and more than 25% greater than any second quarter previously recorded.

This contributed to 18,568GWh of renewable electricity being generated in the first half of 2022, up 29% on the same period last year, the Scottish Government has confirmed.

The main drivers for this growth were the recorded higher wind speeds and the additional capacity that came online.

It is estimated that a further 16.7GW of renewable electricity is currently in the pipeline.

Net Zero and Energy Secretary Michael Matheson said: “We are in the midst of an energy crisis which has been compounded by the illegal war in Ukraine.

“It has prompted governments across the world to consider how we avoid this situation happening in the future.

In response to the Scottish Government’s announcement, Nick Sharpe, Director of Communications and Strategy at Scottish Renewables, said: “These figures for the first, second quarter of 2022 show Scotland as a renewable energy powerhouse, producing more clean, green electricity than ever before.

“Scotland’s renewable energy projects are displacing tens of millions of tonnes of carbon every year, employing over 27,000 FTE jobs and generating £5.6 billion of output while bringing enormous socio-economic benefits to communities across the country.”