Michael Bradshaw, Professor of Global Energy has highlighted on FNZ the need for a public campaign to help people to save energy in the coming months 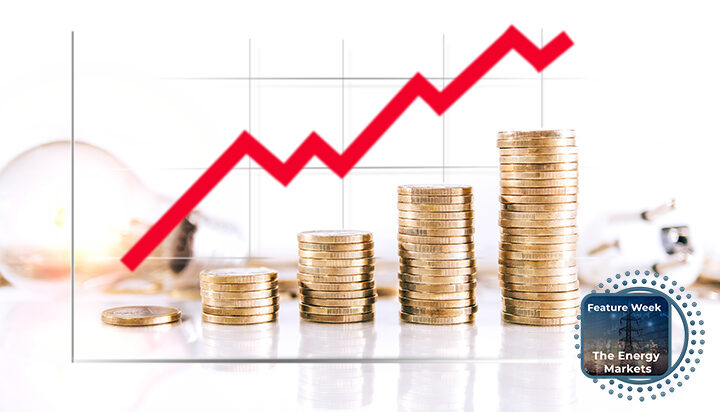 As uncertainty and volatility in the energy market continues to mount, an expert has said things won’t improve until 2024 at the earliest!

As part of future Net Zero’s feature week: The Energy Markets, Michael Bradshaw, Professor of Global Energy at the Warwick Business School, said: “Europe has managed to fill up winter storage in part due to a continued, though much reduced, flow of Russian gas.

“With luck and effective policy implementation, it may get through the winter. But at the end of the winter heating season, it will have drawn down on storage. Absent Russian pipeline gas next summer, means it will be very difficult to re-fill that storage.

“This means that this time next year, Europe is likely to be going into winter with much lower storage rates, leaving it more vulnerable to gas shortages. It will have increased its LNG import capability through the installation of Floating Storage Regasification Units but there won’t be much more flexible LNG to be had next year.

“By 2025-26, there will be significant additions to global LNG supply in Qatar and also the US, the global LNG market may rebalance. I see little prospect of Russian pipeline flows to Europe every returning to the 2021 levels.”

In response to these scenarios, Professor Bradshaw said the case of potentially rolling blackouts was unlikely but “it depends on what happens elsewhere in Europe and on the UK’s ability to attract LNG when needed”.

He added: “There is the possibility there could be a shortage and National Grid should plan accordingly. It suggests ways of reducing demand and managing peak demand to make it easier to manage the grid, this also makes sense.

“What does not make sense is the government’s unwillingness, more accurately the Prime Minister, to support public campaigns to save energy. This is a no-regrets, win-win approach that would help households save money and reduce the possibility of power cuts. Polls suggest that over 65% of the population would welcome such advice.”

The Professor stressed that all this was coming at a huge cost to the taxpayer.

He continued: “I have two problems with this approach: first, the assistance is far too broad; there are many who can afford to pay the market price and many who need more help.

“I would prefer to see a much more targeted approach; second, the commitment does not need to be for 18 months at this point; six months would be fine in the first instance.  The current approach is too broad and too costly.”

Europe is considering capping gas prices as a “temporary solution” to the current crisis – so, could this possibly provide a solution to the problem of rising prices and cost of living?

Professor Bradshaw replied: “I don’t see how this can work. Europe needs to have gas prices that are high enough to attract LNG to compensate for the lack of Russian pipeline gas.

“Placing a cap on gas simply means that the gas will go elsewhere. Further, if there is little or no Russian gas flowing to Europe, the cap impacts those who are helping to diversify Europe’s supply.  There are no easy answers and this does not seem a good idea.”