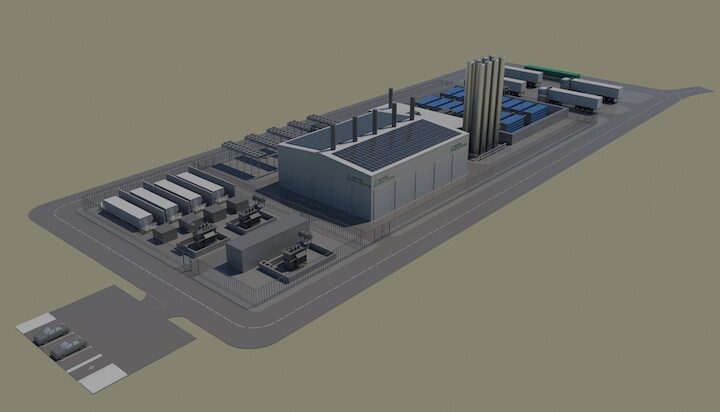 Carlton Power has secured planning permission from the Trafford Council local authority for what will be the first low carbon hydrogen fuel hub in Manchester.

The 200MW Trafford Green Hydrogen scheme, located within the Trafford Low Carbon Energy Park, will produce and store hydrogen at scale and help integrate renewable energy on a regional scale through the storage of solar and wind energy.

The first phase of the scheme – 15MW to 20MW – is expected to create around 200 construction jobs over a two-year period and up to 100 full time operational jobs, with future phases to be constructed in response to demand for hydrogen in the region.

The scheme’s construction and operation is contingent on receiving financial support from the government’s Hydrogen Investment Package.

If built, Trafford Green Hydrogen will be located next to one of Europe’s largest energy storage facilities based on liquid air storage – the Carlton Highview Power project announced in June 2020 and potentially other forms of low carbon energy infrastructure.

“I’m delighted that Greater Manchester is in the vanguard of creating a vibrant hydrogen economy in this country and I urge the UK Government to support this pioneering scheme.”