Rolls-Royce and Lürssen partner for sustainable power solutions for yachts

The two companies plan to focus on yachts with lengths of 75 metres and above, which they believe offer ‘great potential’ for being powered by ‘green’ methanol 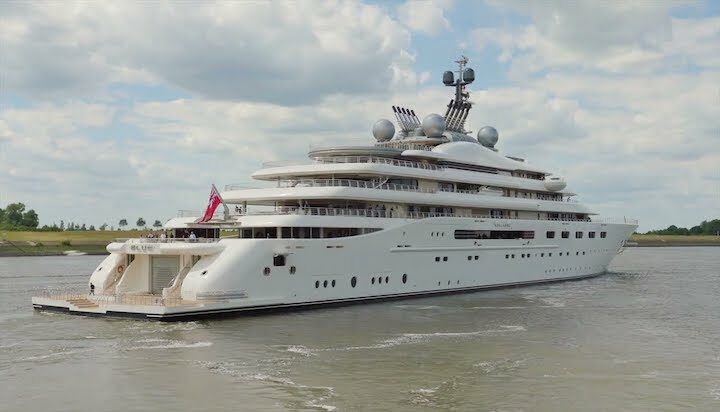 Rolls-Royce and yacht and shipbuilder Lürssen have joined forces for sustainable power solutions for yachts.

They are making a strong case for methanol as an environmentally and climate-friendly fuel for yachts and are already working on specific projects, including the propulsion of a Lürssen yacht using methanol engines from Rolls-Royce.

The two companies plan to focus on yachts with lengths of 75 metres and above, which they believe offer “great potential” for being powered by ‘green’ methanol.

It is a synthetic fuel produced by taking carbon dioxide from the atmosphere and converting it using electricity from renewable energy generation such as solar and wind farms.

The amount of carbon dioxide given off by engines running on ‘green’ methanol is said to be equivalent to the amount originally extracted from the air, resulting in a ‘net zero’ carbon footprint.

Peter Lürssen, CEO and co-proprietor of Lürssen said: “Our customers want to dedicate as little hull-space as possible to propulsion and fuel storage. Methanol has disadvantages here compared to diesel but clear advantages over other alternatives to fossil fuels. We’re now seeing that today’s prospective buyers of tomorrow’s yachts are increasingly thinking about how they can make running their vessels as climate-friendly and environmentally friendly as possible.

“We are therefore registering a growing willingness among future customers to invest in new technology for climate protection and to make space available for it in the vessel.”