Gas flaring not accounted for by fossil fuel companies

A new report claims that these firms are releasing 20 million tonnes of GHG emissions each year, without monitoring them 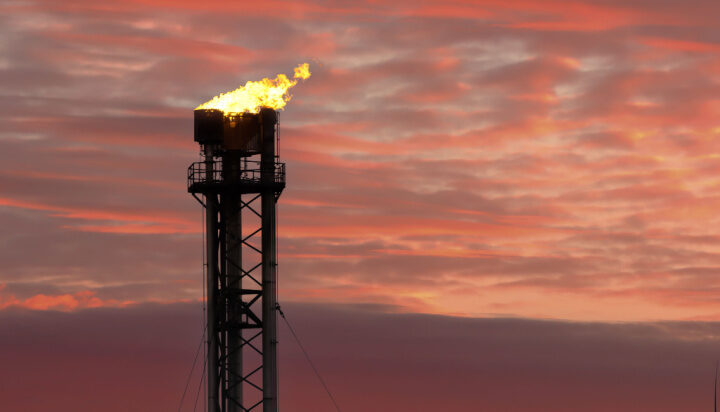 That’s according to a report by the BBC, revealing that millions of tonnes of undeclared emissions have been released, as a result of gas flaring.

This release has occurred at the oil fields of bp, Eni, ExxonMobil, Chevron and Shell – the report alleges.

Gas flaring is where excess gas is burned wastefully during the production of oil.

The process releases methane, black soot and carbon dioxide, contributing to air pollution and exacerbating the impacts of climate change.

The BBC also claims to have found high levels of chemicals in Iraqi dwellings near oil fields where the flaring is occurring that can lead to cancer.

According to reports, the fossil fuel companies claim it is a standard practice within the industry to report without the inclusion of gas flaring emissions – and have all committed to put a stop to routine flaring by 2030, with Shell pledging to do so five years earlier.

The blame has also been shifted onto the companies that have been contracted to carry out daily operations at these oil fields – with the fossil fuel giants stressing it is these companies’ duty to declare any flaring emissions.

However, the study found that the contracted firms are also not declaring the emissions in “dozens of oil fields,” which means they are unclaimed and unmonitored entirely.

The investigation stated that last year, close to 20 million tonnes of carbon emissions were unreported at these sites – the same impact as 4.4 million cars on the road for a year.

The BBC also spoke with people living next to the oil fields in Iraq who shared worries that childhood leukaemia was on the rise due to flaring.

Iraq Health Ministry data claims that between 2015 and 2018, new cases of cancer in the Basra region, next to the world’s largest oil fields, rose by 20%.

Professor of Childhood Cancer at Columbia University, Dr Manuela Orjuela-Grimm, said: “The children have strikingly high levels. This is concerning for health and suggests they should be monitored closely.”

bp said: “We are extremely concerned by the issues raised by the BBC – we will immediately review those concerns.”

Eni stated it “strongly rejects any allegation that its own activities are endangering the health of the Iraqi people.”

It went to reveal it does not have a “responsibility for flaring, flaring reduction projects or community compensation, all of which sit with the Basra Oil Company. Eni reports its emissions consistent with the terms of its contract in Iraq and international accounting rules.”

All companies have been contacted for a response.