Kenyans call on richer countries to pay for climate change

People have taken to the streets of Nairobi, calling for the world’s developed countries to pay for climate change and its impacts 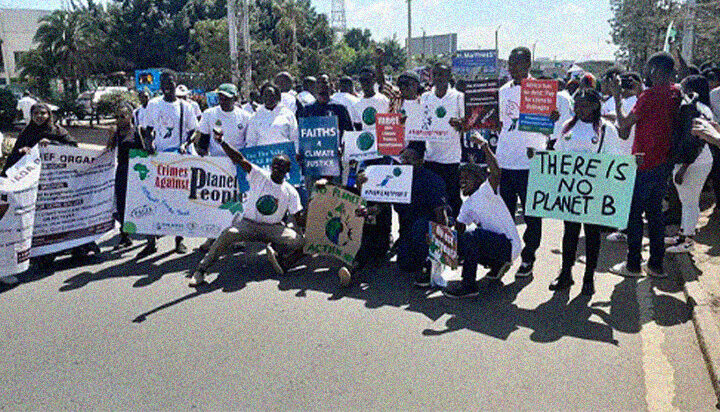 Kenyan protestors hit the streets of Nairobi calling for the world’s richer nations to do more to protect countries from climate change.

The worst drought in 40 years has battered the African country for months, which many have linked to human-induced global warming.

A protestor on the streets of Nairobi was captured stating “we need the Global North to pay for the damages they are causing.”

The G20 nations are responsible for 80% of global carbon emissions to date.

“4% is emitted by the Global South. Africa at our position, with only 4%, we are not able to make any great contribution to these emissions so we are demanding for the Global North to pay for the loss and damages,” the protestor continued.

The protest was sparked by the Pan African Climate Justice Alliance, consisting mainly of the country’s youth.

In the last year, an estimated 7 million Kenyans have been impacted by extreme weather events including both droughts and floods.

This news follows Pakistan’s Prime Minister also calling for more protection from the West, as the country experienced its worst drought in decades.