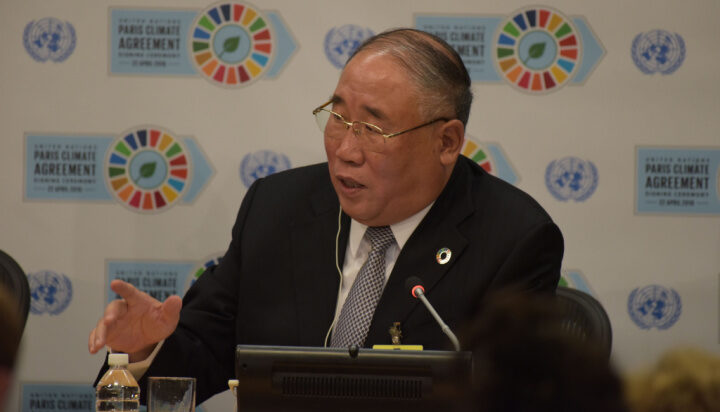 That’s the statement of the Chinese Climate Envoy Xie Zhenhua, who stated that given the current geopolitical situation, European climate action was more important than ever.

Speaking with Jennifer Morgan, the German Climate Envoy, remotely, he stated: “The climate policies of some European countries have shown a backswing and it is hoped that this is just a temporary stopgap.”

With the ongoing Ukraine War, many European countries have doubled down on their use of coal to maintain a steady energy supply – including the UK.

China has stated that it is not only committed but achieving its green, low carbon plan – “in contrast with the European Union.”

In the last year, China has topped the charts for new renewable energy projects and exploits and overtaken the Western continent for building and investment. However, the nation is still the world’s largest carbon emitter.

Mr Zhenhua stated that the next stage for discussion at COP27 is seeing the promise for $100 billion (£89.4bn) of climate financing for developing countries made good.

Europe has reiterated its return to coal is only temporary until renewable opportunities can become more widely available.