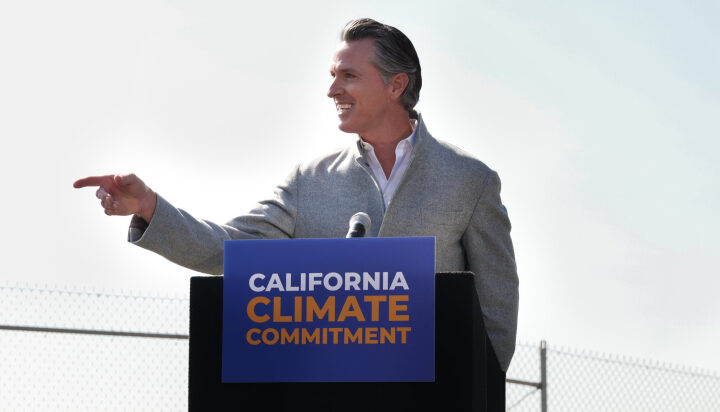 California Governor Gavin Newsom has signed a sweeping package of climate legislation into law as part of his efforts to reduce pollution and accelerate the transition to clean energy.

The record $54 billion (£47.5bn) California Climate Commitment includes the goal to achieve statewide carbon-neutrality “as soon as possible” and no later than 2045 and establishes an 85% emissions reduction target.

In addition, it establishes a regulatory framework for carbon removal and carbon capture, utilisation and sequestration (CCUS) and bans the practice of injecting carbon dioxide for enhanced oil recovery.

California is doing what no state has done before when it comes to protecting our environment, our state, and our kids’ futures. pic.twitter.com/hyeb3w98Ub

— Office of the Governor of California (@CAgovernor) September 20, 2022

Over the next two decades, the climate package is expected to create four million new jobs, cut pollution by 60%, reduce state oil consumption by 91% and save the state around $23 billion (£20bn) by avoiding the damages of pollution.

Fossil fuel use in buildings and transportation is also expected to be reduced by 92% and refinery pollution by 94%.

Governor Newsom said: “This month has been a wake-up call for all of us that later is too late to act on climate change. California isn’t waiting any more.

“Together with the Legislature, California is taking the most aggressive action on climate our nation has ever seen. We’re cleaning the air we breathe, holding the big polluters accountable and ushering in a new era for clean energy. That’s climate action done the California Way – and we’re not only doubling down, we’re just getting started.”