The PPAs will cover the existing needs of Umicore’s site in Kokkola, where it produces precursor cathode active materials and refines cobalt used in rechargeable batteries for EVs 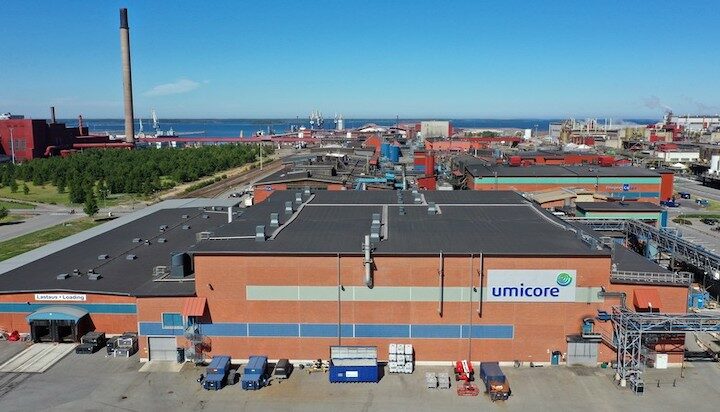 The 10-year PPAs will cover the existing needs of Umicore’s site in Kokkola, where the company produces precursor cathode active materials and refines cobalt used in rechargeable batteries for electric vehicles (EVs).

Statkraft will provide Umicore with around 60GWh of renewable electricity per year until 2033 from the non-subsidised Nuolivaara wind farm in northern Finland.

It will consist of 17 wind turbines with a total installed capacity of 96.9MW and is expected to be commissioned in 2023.

Gasum will provide Umicore with around 45GWh of renewable power per year until 2034 from a Finnish non-subsidised wind farm, which is expected to be commissioned by the end of 2023 or early 2024.

The agreements support Umicore’s target to reach net zero greenhouse gas emissions by 2035 for its Scope 1 and 2 emissions.

“Moreover, they reduce Umicore’s Scope 2 emissions as we use electricity as the main source of energy throughout our battery materials value chain and they significantly contribute to securing our own energy supplies, at a cost competitive level, for the next decade.”