Claire Miller, Director of Technology and Innovation at Octopus has explained to FNZ how EVs can support grid balancing 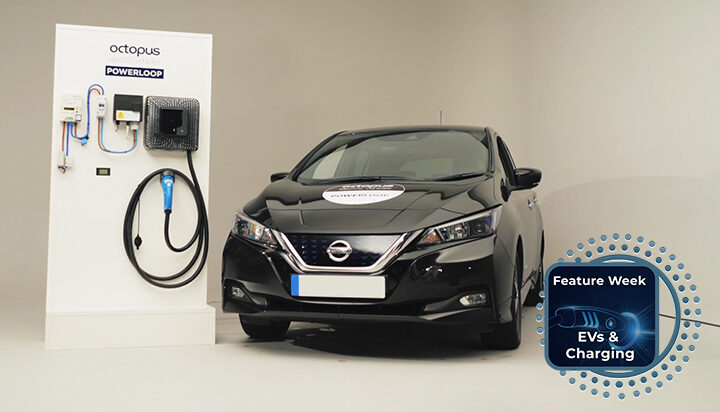 The energy crisis, which hits UK households and businesses stresses the need to accelerate the rollout of innovative electric vehicle (EV) technologies.

That’s the suggestion from Claire Miller, Director of Technology and Innovation at Octopus EVs, who spoke to future Net Zero about the challenges of the UK’s EV revolution.

Ms Miller said: “If anything, the energy crisis has shown the need for us to hit the pedal harder when it comes to EVs and renewable electricity – while making use of car batteries to help balance the grid.

“The best way to avoid surging energy prices in the future is to invest in renewables (which are far cheaper than fossil fuels) today – as well as moving away from electricity pricing that is tied to the price of gas.”

Commenting on the project, Claire Miller said: “It marks a major turning point in electricity supply – an hour of one million EVs exporting to the grid could generate the same amount of power as 5,500 onshore wind turbines.”

Asked about how much money an EV driver can save through this V2G technology, Ms Miller replied: “By extrapolating the trial results out across a whole year, we found that EVs could realise a profit of around £62 million per annum.

“But also customers without EVs would benefit from a widespread rollout of V2G technology as it would lower the costs of balancing the grid, which are paid for by all billpayers.”

But does the UK have the needed infrastructure to hit its EV targets?

Claire Miller said: “There are now more than 33,000 charge points in the UK, and that figure is rising every month. The expansion of the public charging network is making it easier for drivers to get that top up to help them get from A to B – but home charging still has an important role to play.

“Charging overnight while energy is at its cheapest and greenest is not only good for drivers’ wallets, but for balancing the grid too. We now need to take this one step further and use each of these cars’ batteries to provide power back to the grid when it’s needed – and that’s what we’ve done in these tests with National Grid.

“To help make this happen at scale, manufacturers need to ensure new EVs have the right tech to enable V2G. The Government can help too – the UK’s zero emissions vehicle (ZEV) mandate dictates what cars manufacturers can sell in the lead up to 2030.

“As of yet, V2G tech isn’t mandated; however, doing so would be a major step in our journey to a V2G supported grid.”