Electric revolution in India with auto-rickshaws! 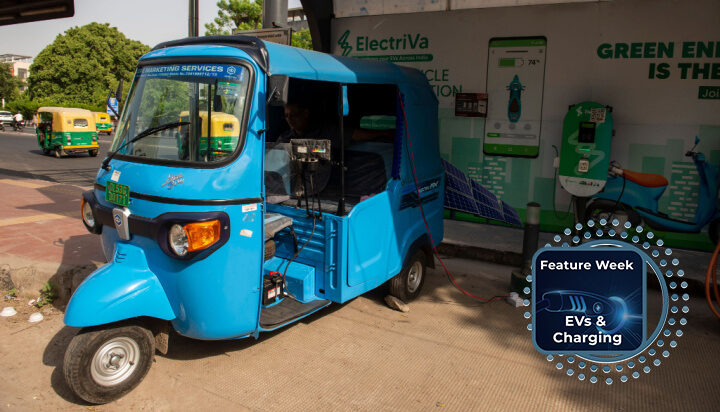 This is barely affordable for many citizens of those parts of the world but even less so for much of India.

However, electric mopeds and rickshaws are rarely costing more than £850, which has seen their popularity jump on the bustling streets of Delhi, Mumbai, Kolkata and more.

There are many calls that India is providing an affordable and relatable means for developing nations to join the electric revolution, without the cost being out of reach.

New Delhi has implemented easy-to-use battery swapping stations throughout the city, where rickshaw drivers can replace their depleted electric battery with a fully powered one ready to go.

Currently, the cost of replacing the lithium-ion battery with a charged one in a rickshaw is half the cost of filling it up with a tank of petrol – so the environmental and economic argument remains strong for taxi drivers to make the switch.

Governmental data revealed that of the 430,000 EVs sold across the financial year, only 18,000 were cars – with the rest being made up by two and three-wheeled vehicles.

The influx of EVs into India is not far behind the demand in the US, with reports stating that 487,000 were purchased throughout 2021.

Subsidy schemes, combined with competition within the market has made electric rickshaws cheaper or the same price as conventional ones.

The government is hopeful this uptake can help quash the country’s carbon footprint and reduce heavy air pollution in India’s cities.