Rees-Mogg becomes Business Secretary as Kwasi prepares for life in No.11 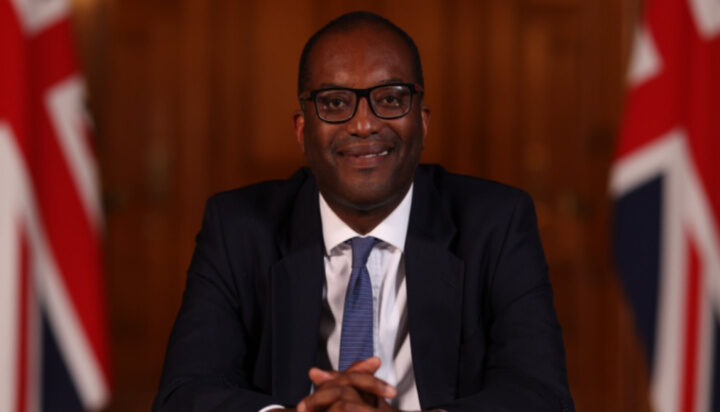 Jacob Rees-Mogg and Kwasi Kwarteng have been handed key jobs in the cabinet reshuffle.

Rees-Mogg will be Secretary of State for Business and Energy while Kwasi Kwarteng has become the new Chancellor, just a few hours after Liz Truss took the helm of an energy crisis-battered UK.

The new Business Secretary was welcomed at BEIS in the evening and told staff “we have the most terrific amount of work to do”.

Last night, commenting on his new role as Chancellor, Kwasi Kwarteng said: “The honour of a lifetime to be appointed Chancellor of the Exchequer by our new Prime Minister.

“This evening we have been finalising our package of urgent support to help with energy bills, with an announcement this week.”

Kwarteng’s first task will be to balance a package on the cost of living with Truss’s huge tax cut promises.

The appointment of Jacob Rees-Mogg to the role of Business Secretary sparked criticism among MPs and campaigners.

Mr Rees-Mogg has been criticised for being a ‘climate change denier’.

Greenpeace UK tweeted: “Jacob-Rees Mogg is the last person who should be in charge of climate and energy.”

Reacting to news that Jacob Rees-Mogg has been appointed Secretary of State for Business, Energy and Industrial Strategy, Friends of the Earth’s Head of Political Affairs, Dave Timms, said:
“Putting someone who recently suggested “every last drop” of oil should be extracted from the North Sea in charge of energy policy is deeply worrying for anyone concerned about the deepening climate emergency, solving the cost-of-living crisis and keeping our fuel bills down for good.

“Extracting more fossil fuels is a false solution to the energy crisis. It’s our failure to end our reliance on gas and oil that’s sent energy bills soaring and left us teetering on the brink of catastrophic climate change.”

Tom Burke, Chairman and Co-Founder of E3G thinktank, said: “He has showed no sign of understanding the complexity or opportunity of net zero.

“There is nothing in his whole track record that shows any understanding of this issue. The single most important thing to do in energy policy is to bring demand down. I have no confidence that he will take this forward.”