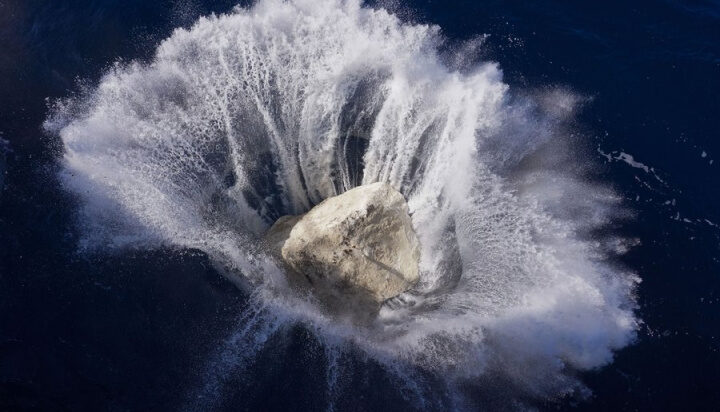 Greenpeace has dropped boulders to form a subsea barrier to stop alleged overfishing in a protected area nearly 200 kilometres off the coast of Cornwall.

Activists said the action of dropping these boulders into the sea aimed to keep bottom trawlers out of the Marine Protected Area.

Will McCallum, Head of Oceans at Greenpeace UK, said: “It is outrageous that bottom trawlers are allowed to scrape along the seabed in most of our Marine Protected Areas every single day.

“They destroy huge swathes of the marine ecosystem and make a mockery of our so-called ‘protection’”.

The Marine Management Organisation (MMO), England’s marine regulator said it was “very disappointed” that Greenpeace had chosen to take this action as it was “not justified” and did not help protect the marine environment.

In its statement, the MMO stated: “It is also a requirement under the Marine and Coastal Access Act that any deposit of construction below high water is required to have a Marine Licence.

“Greenpeace do not hold, nor have they applied for one and as such their activity is potentially illegal.”