The Drumnahough Wind Farm will consist of 12 turbines and generate enough green electricity to power around 40,000 homes every year 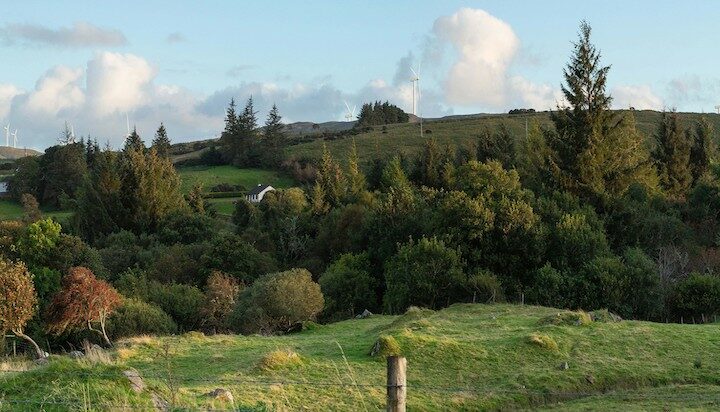 Planning permission has been granted for the development of a new wind farm with a total capacity of around 60MW in Ireland.

The Drumnahough Wind Farm, located in County Donegal, will consist of 12 turbines and generate enough green electricity to power around 40,000 homes every year.

It is also expected to create around 60 jobs during construction and help offset almost 40 million kilograms of carbon emissions annually.

The wind farm is a 50/50 development between SSE Renewables and FuturEnergy Ireland, with the companies investing around €60 million in total.

Garry Brides, Project Manager of Drumnahough for SSE Renewables, said: “We are delighted that the Drumnahough Wind Farm project has been successfully approved by An Bord Pleanála at the planning stage and will be able to start progressing onto the next stage.

Delivery of Drumnahough Wind Farm will help boost Ireland’s energy independence and cut costs for the consumer by providing cheaper, more secure, homegrown energy for consumers. It will also make a significant contribution to Ireland’s ambitious renewable energy targets and efforts to reach net zero carbon emissions by 2050. Working with our co-development partners FuturEnergy Ireland and the communities in County Donegal we look forward to bringing to fruition the positive social and economic benefits that Drumnahough Wind Farm will deliver during its construction and its operational lifetime.”

The two companies are also constructing the 30MW Lenalea Wind Farm near Letterkenny in central Donegal.