The UN has appealed for aid, with the Prince of Wales and UK government donating 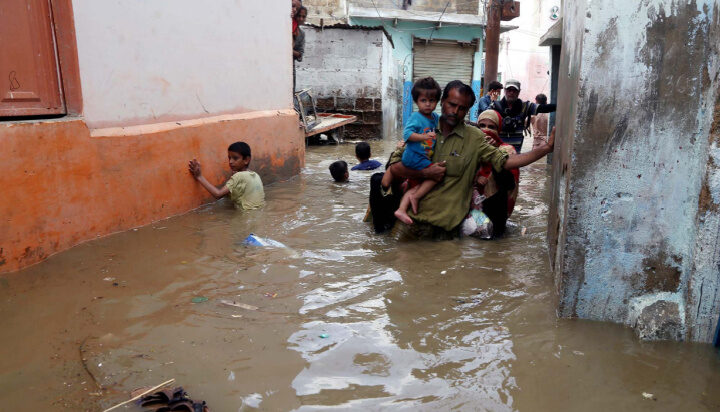 Floods in Pakistan have killed more than 1,000 people and displaced 33 million, the UN has revealed.

The Pakistani government has declared a national emergency, with the monsoon rainfall witnessed across the region the heaviest in decades.

Exacerbated by climate change, there are reports that if the flooding does not relent, up to a third of the country could be left underwater.

The UK government has announced today that it will provide £1.5 million towards this aid appeal – following its £55 million commitment last year to the country in fighting climate change after COP26.

Lord Tariq Ahmad, Minister of State for South and Central Asia, North Africa, UN and the Commonwealth, said: “We are witnessing the catastrophe that climate change can cause and how it impacts the most vulnerable.

“My thoughts and prayers are with all the victims and their families, and I would like to pay tribute to everyone involved in the relief efforts. The UK stands with the people of Pakistan during this time of need.”

Prince Charles has also donated to Islamic Relief, the charity on the frontline helping tackle the unrelenting floods, however, the amount donated remains undisclosed.

Tufail Hussain, Director of Islamic Relief UK, said: “His Royal Highness, The Prince of Wales has shown great compassion and kindness by helping the people of Pakistan and we are extremely grateful and thankful to him for this beautiful gesture. This will make a huge difference to those affected.”