NASA shoots for the Moon with $19.4m to advance solar array systems

It has chosen three companies that will build prototypes and perform environmental testing, with the goal of deploying one of the solar systems near the Moon’s South Pole by the end of 2030 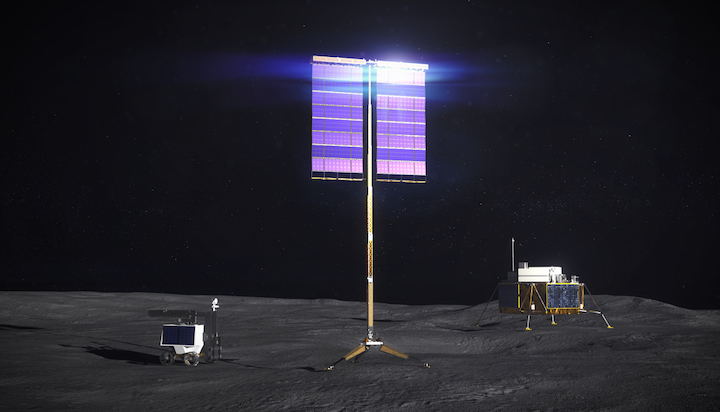 NASA is providing $19.4 million (£16.6m) to three companies to further advance work on deploying solar array systems on the Moon.

They will build prototypes and perform environmental testing, with the goal of deploying one of the solar systems near the Moon’s South Pole by the end of 2030.

NASA plans to return humans to the Moon and establish a long term presence near the lunar South Pole, requiring a reliable and sustainable power source to support lunar habitats, rovers and construction systems for future robotic and crewed missions.

It is therefore supporting the development of vertical solar arrays that can autonomously deploy up to 32 feet high and retract for relocation if necessary.

The vertical orientation and height of these new designs will help prevent loss of power at the lunar poles where the Sun does not rise very far above the horizon.

The three companies that have won the funding to develop the prototypes are Astrobotic Technology of Pittsburgh, Honeybee Robotics of Brooklyn and Lockheed Martin of Littleton.

Niki Werkheiser, director of technology maturation in NASA’s Space Technology Mission Directorate (STMD) at NASA Headquarters in Washington said: “These prototypes will provide promising solutions for reliable power sources on the Moon, which are key to the success of almost anything we do on the surface.

“This exciting effort plays a critical role that will quite literally help power our Artemis exploration in the uniquely challenging environment of the Moon’s South Pole.”