RWE to repower wind turbine in Germany in sustainability move

The turbine is being upgraded to a 5.7MW model using prefabricated foundation that is expected to set an example for other projects 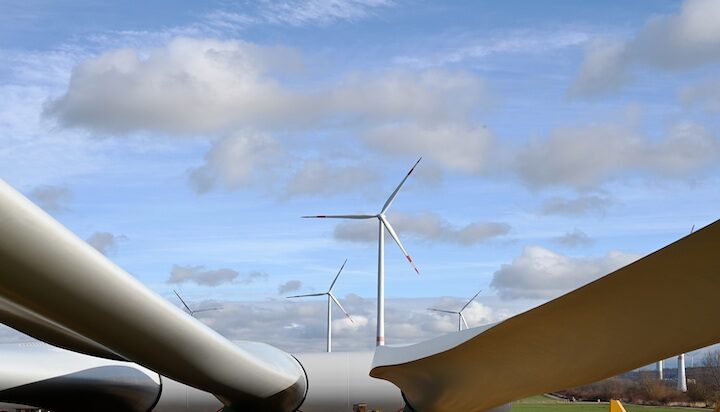 RWE has announced it is repowering a wind turbine in Emsland, Germany, which is expected to set an example in the field of sustainability.

The 1.8MW turbine, which has been in operation at the Lengerich wind farm since 2003, is being replaced by a modern 5.7MW turbine that is said to be significantly more powerful.

In addition, RWE will, for the first time, use a prefabricated foundation for the construction of the new plant.

Developed by Smart & Green Anker Foundations, it consists of 100% precast elements produced in the concrete plant and only a third of the steel and concrete normally used for poured standard foundations is being used.

RWE adds since all parts can be produced in advance in a concrete plant, the construction time is reduced and assembly is also “less complicated, less expensive and more environmentally friendly” – as instead of using 120 concrete mixers, the parts are delivered by around 30 lorry trips and bolted together on site, which can easily be dismantled again.

The new turbine is scheduled to start operating in the fourth quarter of 2023.