The facility is capable of supplying fuel for 410,000 hydrogen vehicles per year 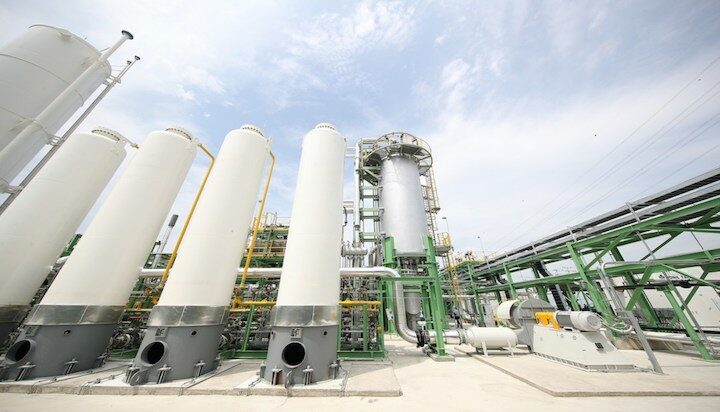 A hydrogen production complex, claimed to be the largest of its kind in South Korea, has now been opened.

The facility in Pyeongtaek City, Gyeonggi Province, is capable of supplying fuel for around 410,000 hydrogen vehicles every year.

The city and province plan to build a hydrogen transportation complex connected to hydrogen refuelling stations near Pyeongtaek Port and create a “hydrogen city” that uses the fuel as its primary energy source.

Up to seven tons of hydrogen is expected to be produced per day from August 2022, totalling around 2,450 tons per year.

It is believed to be the largest production amount in South Korea, capable of refuelling 1,2000 hydrogen cars a day.

Gyeonggi Province Governor Dong Yeon Kim said: “One of the future challenges we must overcome is climate change. We will do our utmost to promote the hydrogen economy as one of the measures for dealing with the climate crisis, centring on the Pyeongtaek hydrogen production complex.

“The Pyeongtaek complex will be the largest hydrogen production base in South Korea, producing more than seven tons of hydrogen a day. I have no doubt that this complex will play a key role in the carbon-neutral era.”