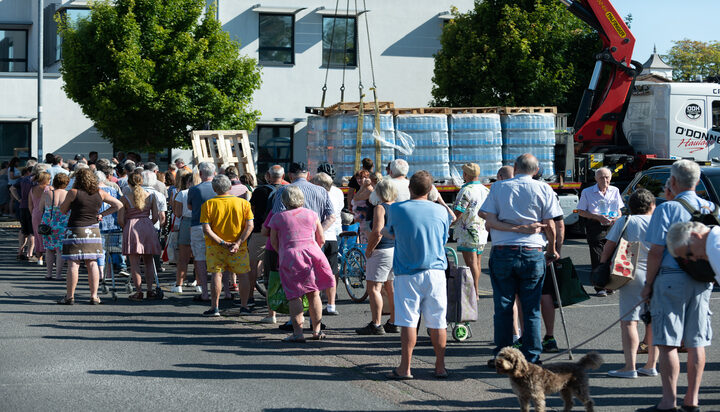 People in Surrey were told to queue up to receive bottles of water as they saw their homes’ taps run dry.

What Sir John Armitt, Chair of the advisory group National Infrastructure Commission, described two weeks ago as a future scenario if the UK did not invest in water infrastructure, became reality this weekend.

Hundreds of households had to endure three days of no tap water at the height of last week’s heatwave.

That was the result of a pump failure at Netley Mill treatment works. Thames Water, owner and operator of the facility, apologised for the incident and confirmed it created bottled water stations.

On Sunday, Liz Townsend, a Liberal Democrat County Councillor for Cranleigh and Ewhurst, said: “I am so angry to see lots of elderly people looking stressed and worried with no water, queuing up in the heat this morning to get only 2x2L bottles because there was not enough and being told they had to come out again later to pick more up.”

A local farm, Manor Farm Surrey said its cows could try to “break out in search of water”.

Surrey County Council said: “Please continue to support neighbours, family members and other vulnerable people in the GU5, GU6, GU8, RH4, RH5 and RH12 areas by checking if they have bottled water.”

ELN contacted Thames Water on Sunday – a spokesperson from the company said: “Netley Mill Water Treatment Works is now back in service and supply is gradually being restored to the local network. This will continue over the remainder of the day.

“We are very sorry that customers have been impacted especially at a time of high temperatures.

“When supplies do begin to return, we are asking customers to try to use this just for essential use initially. This will help us return supplies to everyone quicker.”