Once commissioned, it will generate 558GWh of green electricity and help reduce 265,000 tonnes of carbon emissions annually 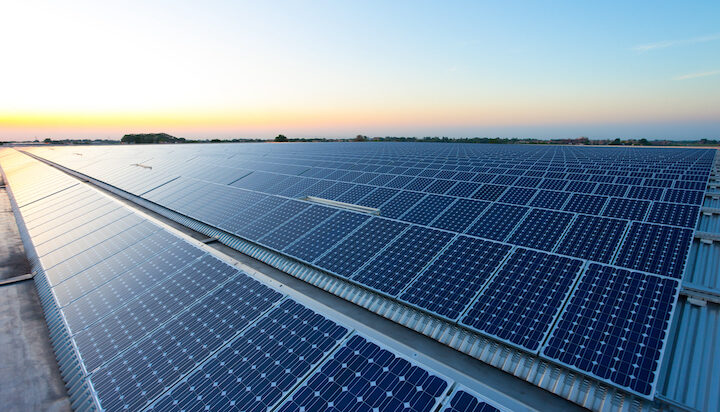 Masdar has announced it has achieved financial close on what it calls a “landmark” solar power plant in Azerbaijan.

The 230MW Garadagh Solar Project, being developed by Masdar Azerbaijan Energy and fully-owned by Abu Dhabi Future Energy Company, is claimed to be the first privately-owned, utility-scale project of its kind in the country.

Once commissioned, it will generate 558GWh of green electricity and help reduce 265,000 tonnes of carbon emissions annually.

The financing package includes $21.4 million (£17.8m) from the London-based European Bank for Reconstruction and Development (EBRD) and the remaining $92.8 million (£77m) from the Asian Development Bank (ADB), the Japan International Co-operation Agency (JICA), and the Abu Dhabi Fund for Development (ADFD).

The project supports Azerbaijan’s target of increasing its share of installed renewable energy capacity to at least 30% by 2030.

Energy Minister Parviz Shahbazov said: “Successful achievement of the next critical milestone in the project is a proof of our determined approach to the joint co-operation and commitment of the parties towards the realisation of the project.

“In line with the national priority on ‘A clean environment and country of green growth’, our country has ambitious plans about utilisation of its ample renewable energy potential and we are confident that this solar power project will be a great trailblazer for future projects in the field of green energy. This and other projects will further contribute to the realisation of the country’s NDCs by 2050, declared on the sidelines of COP26 Conference.”

Masdar has also signed agreements with Azerbaijan’s Ministry of Energy to develop clean energy projects with a combined capacity of 4GW in the first phase, with the right to develop an additional 6GW in the second phase.