Could man-made reefs help fight off the dangers of rising temperatures? 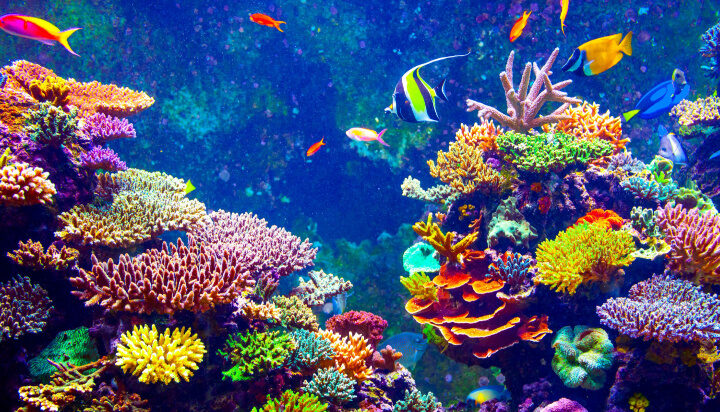 An IBM and Microsoft-backed start-up is looking to develop artificial reefs to combat the impacts of climate change on coral reefs worldwide.

Global warming and human-induced climate change has been directly linked to the bleaching of many of the Earth’s reefs in recent years – but The Reef Company plans to have its first fake replacements in the planet’s oceans by December of this year.

The company has worked out it needs 2,500 artificial reefs that each span four square kilometres during the next decade to absorb excess carbon being emitted.

It believes the reefs will offset some of the impacts on marine wildlife that human activities are having – and fight the overall impact of climate change on the oceans.

By 2050, it is estimated that 90% of coral reefs could be extinct, The Reef Company claims, explaining that if the world doesn’t take significant action now, the outcomes could be disastrous.

The Reef Company states: “Healthy coral reefs play an essential role in managing climates. Our engineered reefs kick-start life and support the growth of flora (seagrass and algae) absorbing carbon dioxide. Our engineered reefs revitalise and rejuvenate habitats. They flourish and produce oxygen as a result.”

It claims its reefs produce 90% less carbon emissions than other engineered reefs – and is hopeful this can provide a solution to protecting the oceans.