The closed-loop ‘Apex 1’ facility in Kentucky is expected to produce enough sustainable lithium-ion cathode active material for up to 250,000 EVs per year 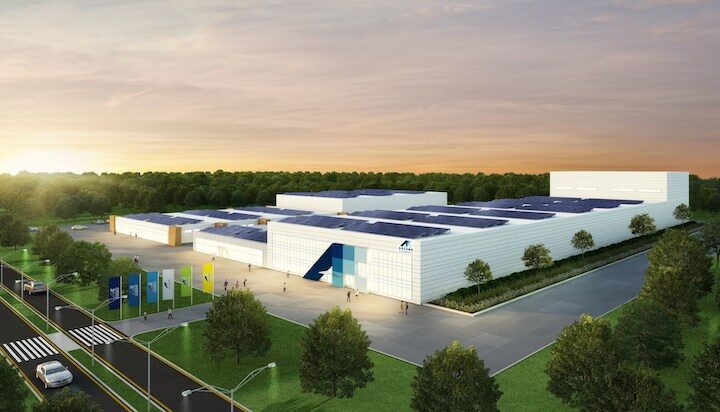 Ascend Elements has announced plans to invest up to $1 billion (£0.8bn) to build a sustainable battery materials manufacturing facility for electric vehicles (EVs) in the US.

Called ‘Apex 1’, the “first-of-its-kind” facility in the Commerce Industrial Park II in Hopkinsville, Kentucky, is expected to produce enough sustainable lithium-ion cathode active material for up to 250,000 EVs per year.

The company will invest $310 million (£255m) in the first phase of the manufacturing plant, which will be home to the company’s innovative hydro-to-cathode direct precursor synthesis process technology – taking in black mass from recycled EV batteries and producing lithium-ion battery precursor and sustainable cathode active material.

According to Ascend Elements, the closed-loop manufacturing facility will generate minimal waste and carbon emissions compared to traditional cathode manufacturing and will feature onsite chemical recycling capabilities and a wastewater treatment plant.

The project is expected to employ up to 400 people during various stages of construction and potentially generate $4.4 billion during the construction period and first 10 years of operation.

Michael O’Kronley, CEO of Ascend Elements said: “Clean energy and climate technology industries are bringing good jobs to communities across the country and we couldn’t be happier with our decision to locate Apex 1 in southwest Kentucky. We’re building something in Kentucky that doesn’t exist anywhere in the United States – a domestic source of sustainable lithium-ion cathode material for EV batteries.

“We’re in the middle of a global energy transformation and it’s critical that we produce lithium-ion battery material in the United States. Our future energy independence and national security depend on it. This new facility in Hopkinsville will produce sustainable, active battery material for approximately 250,000 EVs per year. That will go a long way toward making electric vehicle batteries cleaner.”