They intend to agree on a supply contract of up to 1.8m metric tons of SAF over seven years, starting in 2024 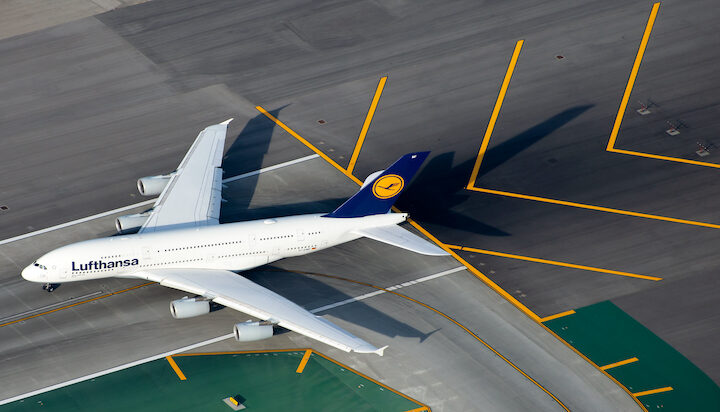 The Lufthansa Group and Shell International Petroleum have struck a deal for the supply of sustainable aviation fuel (SAF) at airports across the globe.

They have signed a memorandum of understanding and intend to agree on a supply contract of up to 1.8 million metric tons of SAF over seven years, starting in 2024.

The deal with the Lufthansa Group, which is said to be the largest SAF customer in Europe, builds on Shell’s ambition to have at least 10% of its global aviation fuel sales as SAF by 2030.

SAF is aviation fuel that is produced without the use of fossil energy sources such as crude oil or natural gas and currently enables carbon savings of around 80% compared to conventional kerosene.

By using SAF, customers of the Lufthansa Group can already fly carbon-neutral today and in addition, they can document their reduced carbon emissions with audited certificates and have their CO2 savings credited to their individuals CO2 balance.

The deal also supports the airline’s ambition to halve its carbon emissions by 2030 and achieve net zero by 2050.

Jan Toschka, President, Shell Aviation said: “I am very happy to see the relationship between Shell and the Lufthansa Group moving towards reaching our respective sustainability goals. It is encouraging to see large flagship carriers coming to us to discuss SAF supply deals, knowing there will be a lot of things to be defined and determined at a later stage, including established price markers. SAF is the most significant way to decarbonise aviation over the decades to come.

“Our relationship goes beyond commercial arrangements – it is strategic and aligned regarding the view that SAF holds the key to achieving a sustainable aviation future. The potential SAF purchase agreement contemplated under the MoU, by its anticipated volume size, term period and geographic scope, is expected to be a milestone if concluded and shows the way forward for decarbonisation in the aviation industry.”