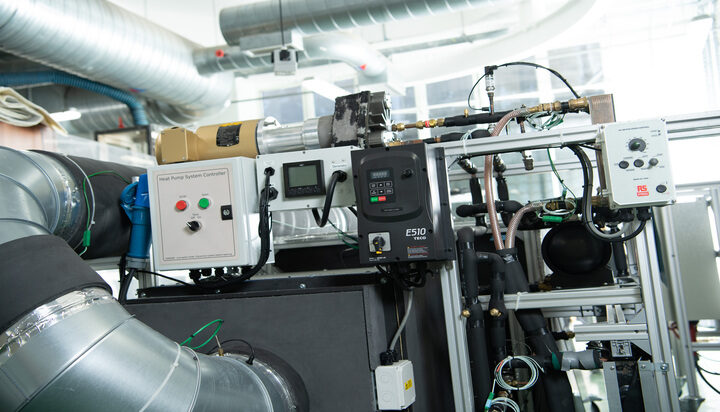 A new heat pump that can be 10% more efficient than existing models in the UK market has been developed by scientists from the University of Glasgow.

The heat pump integrates heat storage, a small water tank and a coil of copper tube.

The researchers suggest the recovered heat has a much higher temperature than the outdoor air that provides the heat source and it can be reused as a temporary heat source, reducing the pump’s power consumption.

For air source heat pump applications, the recovered heat stored in the water also allows the flexible heat pump to run continuously during defrosting, according to the paper published in the journal Communications Engineering.

Zhibin Yu, Professor of Thermal Energy at the University of Glasgow’s James Watt School of Engineering, who led the research and the development of the flexible heat pump, said: “We are at a critical juncture in our global move towards net zero, where we need to start scaling up our low carbon infrastructure quickly and effectively.

“That urgency is being particularly keenly felt at the moment, where energy prices are rising and many households are facing rapidly escalating bills.

“The cost of a small water tank heat storage is marginal, but the power saving is significant. It can be widely applied for all kinds of the heat pump applications. We believe that this could help drive improved takeup of heat pump technology in homes across the UK.”

A few days ago, a report by the European Heat Pump Association (EHPA) suggested with the current pace the UK would need 600 years to hit its 2050 heat pump target.