They plan to jointly invest up to €1bn to deploy up to 11,000 fast chargers and produce green hydrogen across Spain, Portugal and the UK 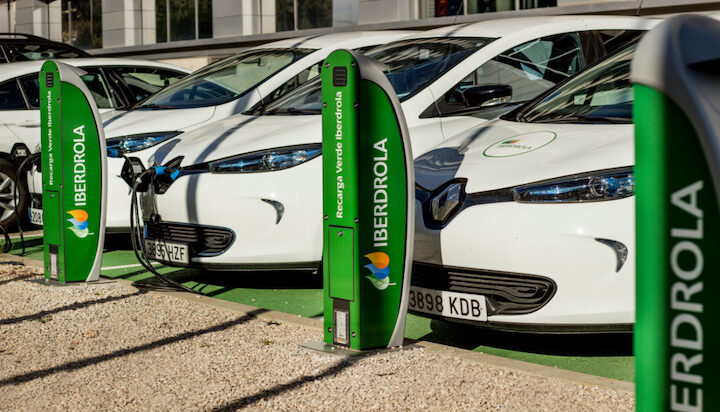 Iberdrola and bp have joined forces to significantly expand fast charging infrastructure for electric vehicles (EVs) as well as develop green hydrogen production hubs in Spain, Portugal and the UK.

They are forming a joint venture to invest up to €1 billion (£0.84bn) to roll out a network of up to 11,000 rapid and ultra-fast public chargers across Spain and Portugal.

A joint venture is also planned for large-scale integrated green hydrogen production in the three countries, as well as the production of derivatives such as green ammonia and methanol that can potentially be exported in Northern Europe.

Iberdrola and bp aim to jointly develop hydrogen production hubs with total capacity of up to 600ktpa, integrated with renewable power.

The green hydrogen project at bp’s Castellón refinery – which have been submitted by the two companies, along with Spanish research institute ITE, to the Spanish Government’s hydrogen value chain PERTE call – will be part of the agreement.

Both joint ventures are expected to be finalised by the end of 2022, subject to regulatory approvals.

Iberdrola Chairman Ignacio Galán said: “With this agreement, we continue advancing in the decarbonisation and energy self-sufficiency through the electrification of two key sectors of our economy, transport and industry.

“The scale of this challenge requires alliances between companies such as Iberdrola and bp, which have the technology and knowledge necessary to help accelerate Europe’s industrial development and generate, at the same time, well-being and new opportunities for all through clean energy.”