Engines off! – ‘What about Mr Whippy?’

Could environmental desires to stop diesel engines pumping out fuel lead to less ice creams in the blazing sun? 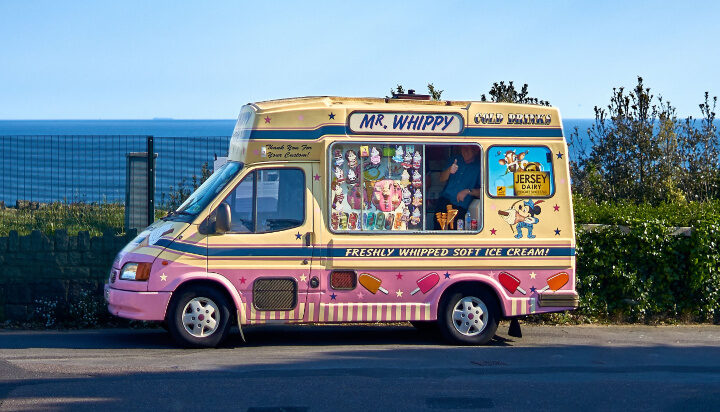 In the baking heat a Mr Whippy has become a British favourite – but could your ice cream be melting away?

To cut carbon emissions, cars and vans are being asked to turn their engines off when not moving far more often.

This is having an impact on local ice cream vans that are being commonly asked by councils, festivals and fairgrounds to switch off their diesel engines – according to the Sunday Times.

Engine-idling has become a new cause for concern with climate mitigation action growing; to stop fumes and waste fuel being pumped into the air.

The issue is that the engines must stay on in order for the ice cream to be soft enough to serve – if it’s switched off the machine can’t run.

According to the report, ice cream men and women may have to scrap Mr Whippy and only sell ready-packaged ice creams – as electric ice cream vans cost as much as £180,000 on the market.

Hiked diesel prices following Russia’s invasion of Ukraine are also leading many vendors of the nation’s favourite summertime snack to question the financial worth of the trade.

Trade body Ice Cream Alliance predicts that 95% of British ice cream sales are Mr Whippy in the summer – but with electric vans out of reach for many sellers, where does the future lie?