The projects are expected to generate 8,100MWh of clean energy every year, enough electricity to power more than 700 homes annually 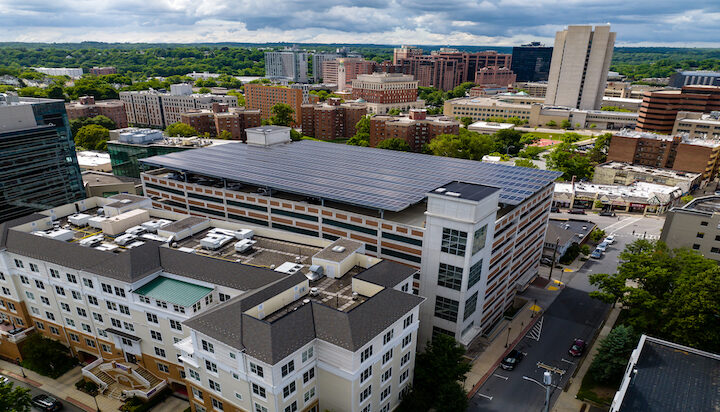 A nine-site community solar power portfolio with a capacity of 6.8MW has been completed for the City of White Plains in New York.

The portfolio, developed by DSD Renewables, is expected to generate 8,100MWh of clean energy every year, enough electricity to power more than 700 homes annually.

DSD claims it is the largest municipal solar energy deployment in Westchester County in New York, with the new projects tripling the amount of solar power produced in the county.

In addition, energy storage systems with a total capacity of 1.76MW were also installed at the Recycling Facility and the Shapham Place parking garage.

Our city solar project is completed! Sites throughout the city generating clean renewable energy, enough to power 700 homes bringing total generation to 13.5 MW! $1,000,000 revenue for the city. White Plains is fighting the climate crisis with actions not promises! pic.twitter.com/kQiaa6jIVj

The City, as well as residents and local businesses subscribed to the community solar project, will receive a 10% discount for credits applied to their energy bill.

Between energy cost savings and lease payments for hosting the systems, the installations are expected to deliver around $1 million (£0.83m) in value annually to the City of White Plains.

White Plains Mayor Thomas Roach said: “The City partnered with New York Power Authority (NYPA) and Distributed Solar Development (DSD) to create a successful 6.8 MW community solar portfolio that will not only benefit residents today but future generations. Public-private partnerships will drive the proliferation of clean energy projects through New York State creating a robust renewable energy market. I am grateful to NYPA and DSD for their counsel and collaboration during this project.

“We are in a climate crisis and we are obligated to recognize the urgency and take deliberate action to build a sustainable, resilient planet. The City of White Plains will continue to serve as a sustainability leader by investing in and implementing renewable energy initiatives that will meaningfully reduce greenhouse gas emissions.”