‘Around 50,000 wild species key to survival of billions worldwide’

The question is how do you use them sustainably? 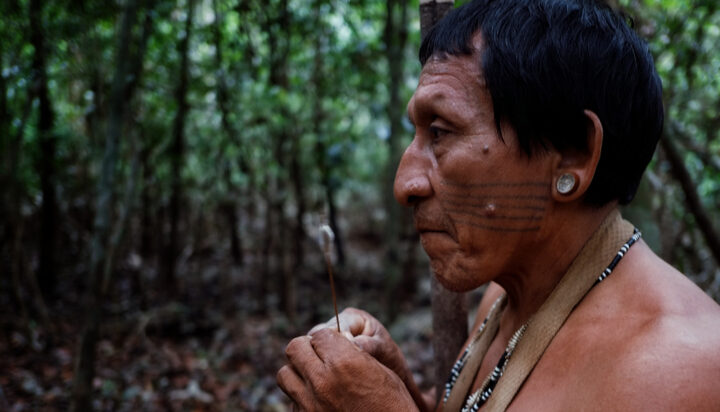 One in five people on Earth rely on wild species for both their incomes and food – but biodiversity loss means these could be in jeopardy.

That’s according to a new report by the Intergovernmental Science-Policy Platform on Biodiversity and Ecosystem Services (IPBES), which claims that currently 50,000 wild species meet the needs of billions worldwide.

The report delves into the best ways to establish a sustainable use of wild species of plants, animals, fungi and algae globally – protecting biodiversity, whilst also contributing to human wellbeing.

Dr Jean-Marc Fromentin, chair of the report, explains: “With about 50,000 wild species used through different practices, including more than 10,000 wild species harvested directly for human food, rural people in developing countries are most at risk from unsustainable use, with lack of complementary alternatives often forcing them to further exploit wild species already at risk.”

Wild tree species account for two thirds of industrial roundwood worldwide, according to the report, whilst the trading of plants, algae and fungi is considered a billion-dollar industry.

Aside from pure survival, biodiversity also drives tourism and thus income for developing nations, the research reveals – with eight billion visitors to protected areas globally before the pandemic, driving $600 billion (£502bn) each year.

The study found that in the last 20 years, the sustainability of using wild species has dropped significantly with a drive for overproducing and over farming.

Professor John Donaldson, who also chaired the report, states: “Overexploitation is one of the main threats to the survival of many land-based and aquatic species in the wild. Addressing the causes of unsustainable use and wherever possible reversing these trends, will result in better outcomes for wild species and the people who depend on them.”

Overzealous use of wild species has been heavily driven by illegal trade, the report finds, with wild species being the third largest class of illegal trade in the world, making an estimated $200 billion (£167bn) a year.

It calls for more monitoring of wild species and practices, robust policy to determine what should be allowed and implementation at all levels from national, to regional to local.

Dr Marla Emery, the third chair of the assessment, explains the issue has come from mainstream use’s lack of respect for nature that indigenous populations openly exhibit.

She says: “Indigenous stewardship of biodiversity is often embedded in local knowledge, practices and spirituality.

“The sustainable use of wild species is central to the identity and existence of many indigenous peoples and local communities.

“These practices and cultures are diverse, but there are common values including the obligation to engage nature with respect, reciprocate for what is taken, avoid waste, manage harvests and ensure the fair and equitable distribution of benefits from wild species for community well-being.

“Bringing scientists and indigenous peoples together to learn from each other will strengthen the sustainable use of wild species.”