It has submitted a bid in the Hollandse Kust West offshore wind tender for the project, which would include three turbines equipped with electrolysers, with a total capacity of 45MW 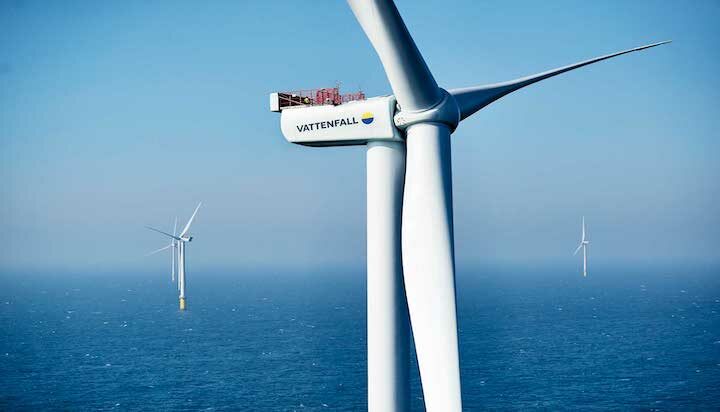 Vattenfall has proposed plans to build what it claims will be the world’s first offshore hydrogen cluster in the Netherlands.

It has submitted a bid in the Hollandse Kust West (HKW) offshore wind tender for the project, which would include three turbines equipped with electrolysers, with a total capacity of 45MW.

The hydrogen produced by the electricity generated by the turbines would then be transported via a pipeline to the Port of Rotterdam and fed into the hydrogen network there.

Vattenfall Bid Manager Daan van Eijkel said: “We want to show that the next step is already within reach and that we can produce offshore hydrogen on a large scale. Thanks to the ‘island mode’, hydrogen turbines will eventually be self-sufficient so there will be no need to connect to the electricity grid.”

HKW consists of two parts lot VI and lot VII, with the latter primarily being assessed for system integration, i.e. plans to align the energy system of the future as closely as possible.