The Plastic Park facility will recycle 365,000 tonnes of plastic per year once operational and help slash carbon emissions 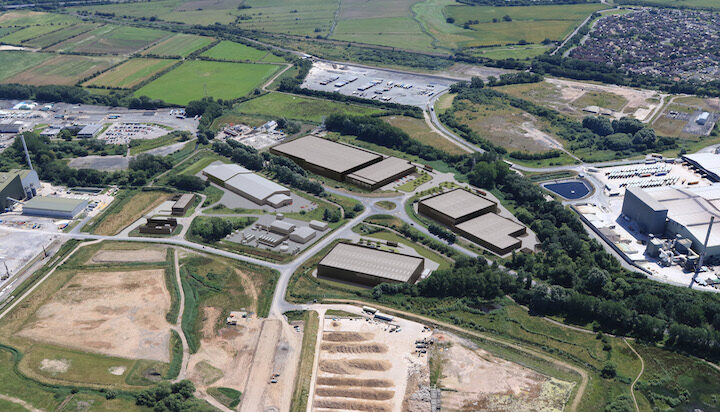 Plans to develop what is claimed will be the UK’s first plastics park at Protos in Cheshire have been given the green light.

Cheshire West and Chester Council unanimously approved the £165 million park, which will be developed by Peel NRE, part of Peel L&P.

The Plastic Park facility will recycle 365,000 tonnes of plastic per year once operational and help slash carbon emissions.

The consent will also see the development of a hydrogen refuelling station at the Plastic Park, with the scheme also expected to create 147 new jobs in total.

It follows previous approvals for other facilities at the Plastic Park, including the “UK’s first” waste plastic to hydrogen facility and a PET recycling plant that will process food and beverage packaging, such as plastic bottles into making new packaging products.

Richard Barker, Development Director at Peel NRE, part of Peel L&P, said: “It’s great to get unanimous backing for the Plastic Park – a UK first that will underpin the circular economy in the North West.

“It’s imperative we deliver creative solutions to the UK’s plastic problem. This project clusters recycling technologies in one place so that we can make the most of a whole range of plastic materials arriving on site, avoiding the need to ship them to different facilities around the region. It’ll mean we can cut down on vehicle movements, create 147 new jobs and deliver essential infrastructure to underpin a North West circular economy that’s much more sustainable.

“We’ve planned Protos as a holistic destination to support the UK on the road to net zero. With the recently announced Protos CO2 network, linking to the proposed regional carbon capture infrastructure, the Plastic Park is just another example of forward-thinking development that responds to the dual-challenge of reducing our waste sent to landfill, whilst cutting carbon emissions.”