The low-emission jet fuel, delivered to the LaGuardia Airport in New York City through the Colonial and Buckeye pipeline systems, will power a Delta Air Lines flight 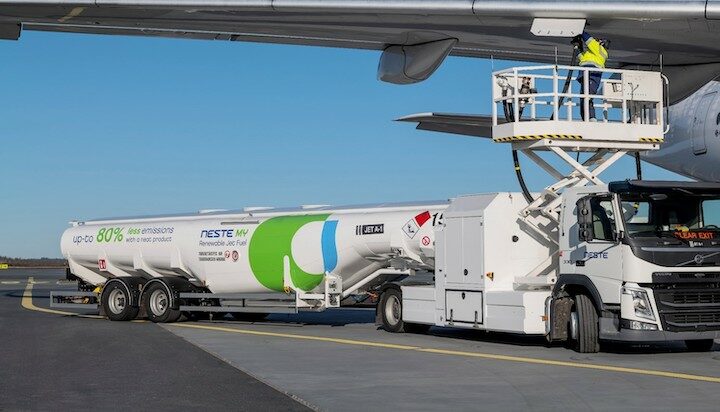 Sustainable aviation fuel (SAF) has been delivered to an airport in New York using existing petroleum pipelines for the first time.

The low-emission jet fuel, delivered to the LaGuardia Airport in New York City through the Colonial and Buckeye pipeline systems, will power a Delta Air Lines flight.

Neste completed the final processing steps of its SAF at a Texas refinery, following which the fuel was loaded into the Colonial Pipeline and transported nearly 1,500 miles across 11 states to New Jersey, before entering the Buckeye Pipeline and sent to LaGuardia.

The project, a partnership between Delta, Neste, Colonial Pipeline and Buckeye Partners, demonstrates that SAF can be transported anywhere there is an existing pipeline currently carrying fossil jet fuel ans shows the long term viability of SAF and the airline industry’s journey towards net zero.

US aviation currently accounts for 2.6% of total domestic greenhouse gas emissions and 9% of the emissions from the broader US transportation sector.

Increasing the accessibility of SAF will enable more airlines to make the switch, supporting the industry as it works to meet President Joe Biden’s goal of producing three billion gallons of SAF and reducing aviation emissions by 20% by 2030.

Pamela Fletcher, Delta’s Chief Sustainability Officer said: “SAF is the most effective tool we have to decarbonise our industry.

“These efforts show how existing infrastructure can be used to transport SAF to East Coast airports and drive down emissions – a critical step as we move toward a more sustainable future for air travel.”