The 1.1MW project has been developed on the Big Muddy Lake at Camp Mackall and has been paired with a 2MW battery storage system 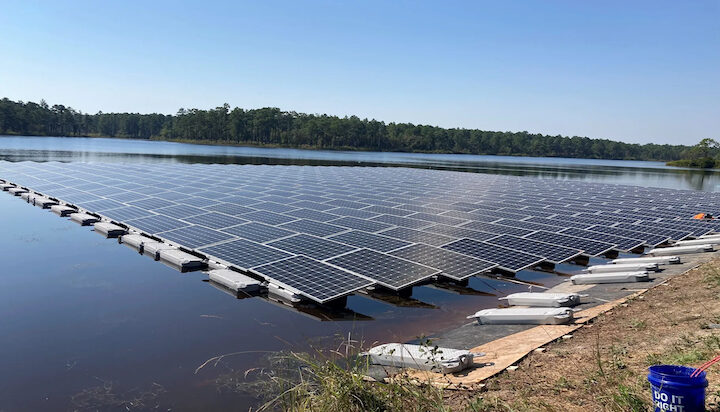 A new floating solar power plant will soon be producing green electricity at the US Army’s Fort Bragg in North Carolina.

The 1.1MW project, claimed to be the largest of its kind in the Southeast, has been developed on the Big Muddy Lake at Camp Mackall and will be owned and operated by Frot Bragg, which has the largest population of any US military installation.

The floating array has been paired with a 2MW battery storage system, which will supply electricity to Fort Bragg from the local grid and provide power during electricity outages.

It is part of a $36 million (£30m) contract with Duke Energy and Ameresco, focused on energy resilience and security at Fort Bragg, which includes lighting and water upgrades, heating, ventilation, air conditioning and boiler system improvements.

Col. Scott Pence, Garrison Commander for Fort Bragg said: “With this system, the largest floating solar array in the Southeast, we will be able to provide energy resiliency to Fort Bragg operations through sustainable resources.

“With this partnership, Fort Bragg not only has renewable electricity but energy security that will be critical with continuing the installation’s mission during a power outage.”