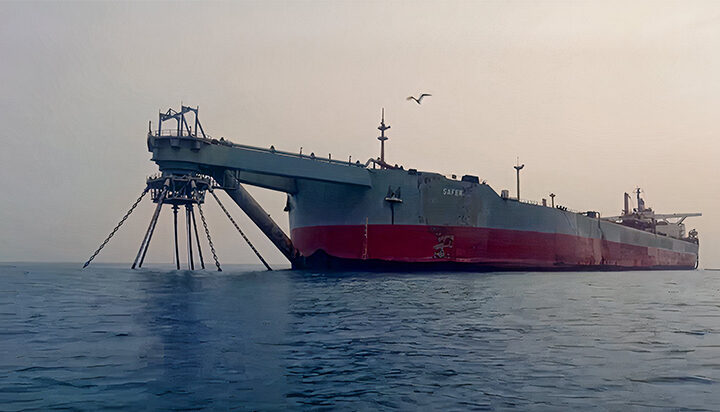 The United Nations has launched a crowdfunding campaign to stop an anchored tanker spilling more than one million barrels of oil into the Red Sea.

The FSO Safer is moored a few miles off the Yemen coast but is reportedly now beyond repair – with the UN stating there are realistic fears of it exploding or collapsing.

It is one of the largest tankers in the world, at 376 metres in length.

The vessel has been anchored off the coast of Yemen for three decades but the escalation of conflict in the nation has meant that its use and maintenance has stalled since 2015.

The UN is looking to urgently raise $80 million (£65.7m) to transfer the oil to a temporary vessel.

It has stated that it has the tools in place to conduct an emergency operation but it lacks the funding to do so.

Three-quarters of the required cash has been raised so far, with the US and Saudi Arabia contributing $10 million (£8.2m) each so far.

Without the correct funding, the FSO Safer could leak four times the amount of crude oil into the sea that was witnessed during the Exxon Valdez disaster in 1989.

Work on a truce between the Houthi rebels and the Yemeni government is still being done by the UN Special Envoy for Yemen, Hans Grundberg.

UN Spokesperson Stéphane Dujarric said: “Mr Grundberg remains committed to working with the parties to implement all elements of the truce to continue delivering its tangible benefits to Yemeni women, men and children, as well as engaging on next steps to consolidate the opportunities provided by the truce to put Yemen on a pathway to peace.”