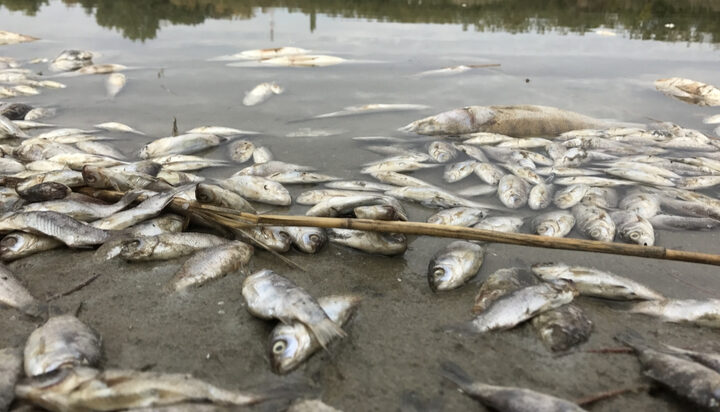 A water company and a contractor have been fined £60,000 for a raw sewage leak that killed more than 2,400 fish.

Anglian Water, which owns the sewer in Peterborough, enlisted the help of contractor Danaher and Walsh in December 2018 to fix the sewer after it collapsed.

Danaher and Walsh used an over-pumping system to pump the sewage back into the drainage system but after it became blocked with items such as baby wipes, the system broke, leading to raw sewage being leaked directly into the nearby Stanground Lode river.

The Environment Agency (EA) has stated that neither company reported the incident – with a member of the public responsible for making the call.

Following an investigation, the EA found that 1.6km of the river had been polluted; killing at least 2,413 fish. The species killed included the European eel, which is deemed ‘critically endangered’ by the International Union for the Conservation of Nature.

It also claims that sewage may have leaked into the river for 10 hours, with ammonia levels in the water found to be 200 times higher than water quality standards.

Danaher and Walsh stated it was not able to predict how much would be flushed during the time and had not come across a blockage that size since it ad started operating in the area 30 years ago.

Both companies were charged with causing an illegal sewage discharge at Peterborough Magistrates’ Court on 1st June 2022.

Yvonne Daly, Environment Manager at the Environment Agency, said: “We are disappointed with the fine issued in this case and would like to see higher penalties to really deter polluters from future offences.

“Both companies in this case failed in their environmental duties, leaving to a devastating impact on the local biodiversity. Moreover, they failed to notify the Environment Agency when something had gone wrong.”

It continued: “During the sentencing yesterday, District Judge Ken Sheraton found that the offence was committed with little or no fault on the part of Anglian Water or Danaher & Walsh and that proper procedures were in place to maintain the over-pumps during the work.

“Unfortunately, a significant amount of plastics and wet wipes stopped the pumps from working only hours after they has been thoroughly checked.

“However, we understand our responsibilities to protect the environment and know there’s no room for complacency. We’re absolutely determined to improve further and progress towards achieving our zero pollutions goal.”

Danaher and Walsh has been contacted for a response.