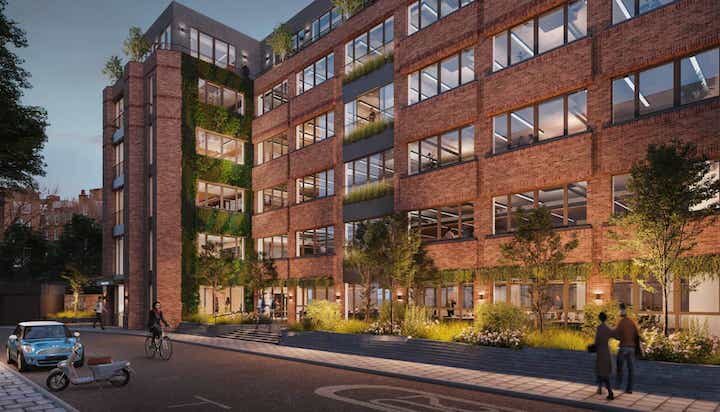 Grosvenor Property UK has unveiled its ambitious biodiversity strategy in support of its journey to achieve net zero carbon emissions by 2030.

Commitments include a 20% biodiversity increase on managed green spaces and a 100% increase in developments by 2030.

The new strategy also sees the company respond to the need to restore ecosystems, combat the climate emergency and halt the decline of the UK’s wildlife.

One of its projects include Grosvenor’s first net zero scheme repurposing the Holbein Gardens office building in London into a modern workspace, greening 11% of its internal area, outdoor terraces and ground floor landscaping, which is expected to drive a 200% biodiversity net gain.

Tor Burrows, Executive Director, Sustainability and Innovation, Grosvenor Property UK said: “Biodiversity and the management of urban places are often seen as two separate fields but we know that this shouldn’t be the case. Humans have an intrinsic link with the natural world no matter where they live and work.

“We believe urban areas can once again become nature-rich through biodiversity strategies and targets like ours, bringing a myriad of benefits for nature, communities and cities.

“We’re looking forward to reporting on our progress and learnings annually, supporting biodiversity in the built environment and ensuring that our work has measurable and positive impacts on people and the planet.”