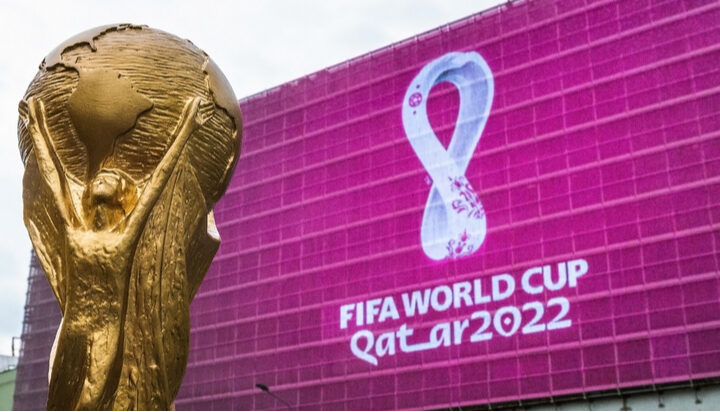 FIFA, alongside host Qatar, has claimed that the 2022 World Cup, set to be held this winter for the first time, is carbon-neutral.

A new report by Carbon Market Watch refutes this, stating these claims are ‘misleading’ and that making the tournament net zero will not be possible.

It alleges that the calculations made to say the event is carbon-neutral ignore major sources of emissions and offsetting credits being purchased lack environmental credibility.

The construction of new stadia – which has already been flagged as an issue in relation to the treatment of workers – is being underestimated in its environmental impact, the report claims.

There are hopes that this World Cup could be the first to fly the net zero flag but the analysis explains that these are not justified.

Use of renewable energy at the eight stadia and solar power to keep the country running have been touted as ways the tournament will look to achieve net zero.

The report, however, says that these actions won’t compensate for the embodied emissions of construction and that a ‘new standard’ was created for Qatar 2022 when it comes to carbon offsetting, calling its validity into question.

Gilles Dufrasne, author of the report, said: “It would be great to see the climate impact of FIFA World Cups being drastically reduced – but the carbon-neutrality claim that is being made is simply not credible.

“Evidence suggests that the emissions from this World Cup will be considerably higher than expected by the organisers and the carbon credits being purchased to offset these emissions are unlikely to have a sufficiently positive impact on the climate.”

The Supreme Committee for Delivery & Legacy, in charge of the competition’s development, has been contacted for a response.