Peatlands across the UK are being burned for shooting purposes, releasing carbon into the atmosphere 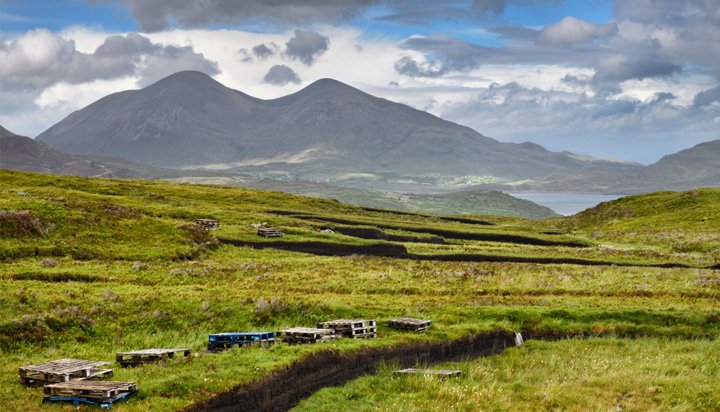 England’s peatlands in protected areas are being burned, despite a government ban.

That’s the claim of RSPB and Greenpeace, which claim that the ecosystems dubbed England’s ‘rainforests’ due to the amount of carbon they store are under threat.

The charities state that shooting estates are to blame for the destruction, with peatlands being burned to create places to raise grouse for hunting.

Burning this ground allows plants to be grown that the birds like to eat but the process releases large amounts of carbon.

Britain’s peatlands hold an estimated three billion tonnes of carbon, which is the equivalent to all forests in the UK, France and Germany combined.

A government ban was introduced last year, stating that burning peat deeper than 40cm in certain protected areas of the country was unlawful.

These measures were pushed through to both protect wildlife and boost the UK’s potential of achieving net zero by 2050.

Upland peat soil burning has been restricted to a season running from the 1st October to the 15th April – and exceptions to the ban can only take place if a license is obtained.

The government assured that no licenses were issued in this season, however it is aware of illegal fires taking place, which are currently being “investigated.”

RSPC reveals it has created an app for people to report evidence of peat fires instantly and Greenpeace has reviewed satellite images to look for proof.

Defra has been contacted for a response.