Mr Albanese, who was sworn in as the country’s 31st prime minister this morning, said the new government in Australia ‘represents a change’ 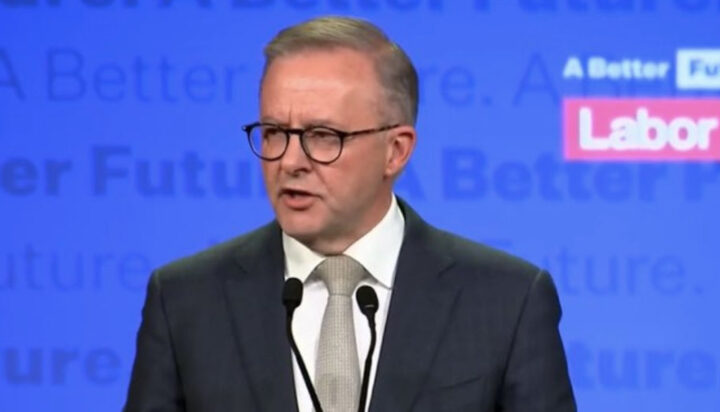 Australia’s newly-appointed Prime Minister Anthony Albanese has said he wants to “end climate wars” in the country and join the global effort towards tackling climate change.

He was sworn in as the country’s 31st prime minister in a short ceremony in Canberra this morning, taking office with a message that the new government in Australia “represents a change”.

It came ahead of his travel to Tokyo today to meet the leaders of the so-called Quad nations – India, Japan and the US.

Mr Albanese, who will be heading Australia’s first Labor Government in almost a decade, said after being sworn in: “The meetings that we will have, not just with the United States but importantly with our hosts in Japan and India are going to be very important, in a good way, to send a message to the world that there’s a new Government in Australia and it’s a government that represents a change, in terms of the way that we deal with the world on issues like climate change but also a continuity in the way that we have respect for democracy and the way that we value our friendships and long time alliances.”

I am deeply honoured to serve as Australia’s Prime Minister.

As Prime Minister, I want to bring people together and lead a government that is as courageous, hard-working and caring as the Australian people.

He added the new government will set about implementing its agenda, which has “received the endorsement of the Australian people”, later this week, including the National Reconstruction Fund and the Powering Australia plan to deal with the opportunities that come with acting on climate change.

Speaking to the media shortly after his electric victory, Mr Albanese stated: “We have an opportunity now to end the climate wars in Australia.

“Australian business know that good action on climate change is good for jobs and good for our economy and I want to join the global effort.”

The new prime minister’s government has promised an emissions reduction target of 43% by 2030.