Elizabeth Line could be ‘carbon-negative’

Set to open next week, the line could be carbon-negative in just over a decade 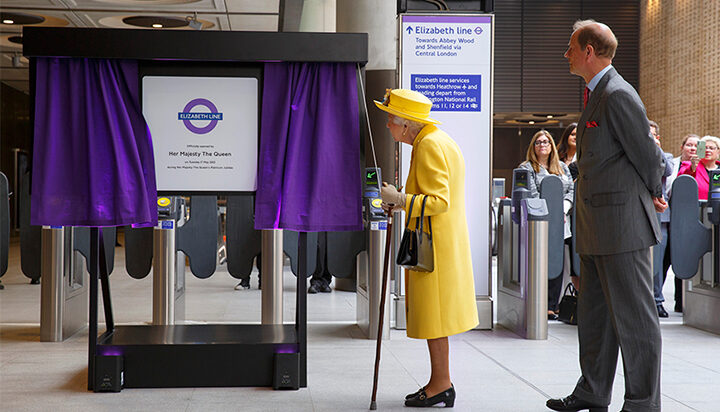 Transport for London (TfL) has confirmed that the Elizabeth Line is set to open on 24th May, providing trains every five minutes between Paddington and Abbey Wood.

Yesterday, Her Majesty the Queen visited the Paddington Elizabeth Line station to commemorate its opening next Tuesday – but Crossrail, which has been in charge have the project has estimated that the line could become carbon-negative in the future.

Its carbon footprint model has projected that the carbon emissions generated from its construction will be close to 1.7 million tonnes.

However, once the railway is operational, it estimates that annual savings of around 70,000 to 225,000 tonnes of carbon dioxide will be generated – from a reduction in car journeys and also replacing diesel trains on the existing network.

Overall, it estimates the carbon payback period to be between 9 to 13 years after the line opens next week.

After this period of offsetting the carbon from construction, it has revealed that it will only generate net savings of carbon.

It has tracked the Scope 1, 2 and 3 emissions for the building phase and used a software tool to estimate the next 120 years of operation.

Crossrail does caveat the estimates with the fact that operational patterns and stock requirements could see these figures change and fluctuate.

The Elizabeth Line is predicted to boost the UK economy by £42 billion, with 12 trains operating per hour between Paddington and Abbey Wood from Monday to Saturday 06:30 to 23:00.

“There is now just one week to go until our world-class new railway will be open to passengers and I can’t wait for everyone to experience it,” said Mayor of London, Sadiq Khan.

Transport Secretary Grant Shapps added: “Just one week from now, Londoners will have access to faster and cheaper travel on board these state-of-the-art trains and it’s an honour to have played a role in this through the government’s £9 billion investment.”